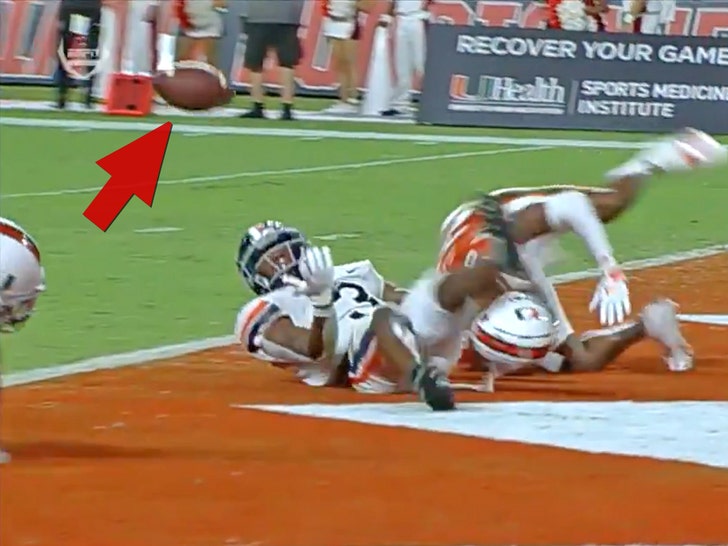 The college football season is barely a quarter of the way done, but ya ain't going to see a better catch all year than this ...

Here's Virginia wide receiver Dontayvion Wicks hauling in a pass in ridiculous one-handed fashion against Miami ... catching a ball that had ricocheted off a defender's hands and then his back!

Some TDs you can't explain 😨 pic.twitter.com/vT124QfDiG

The wild play all went down in the third quarter of the Cavaliers' tilt with the Hurricanes ... when quarterback Brennan Armstrong threw up a prayer into a body of players down at the goal line.

The ball initially looked like it would be intercepted, but when the defender dropped it ... it fell onto Wicks' body.

Broadcast cameras showed Wicks somehow balanced the ball on his back, then flipped over, popped it up, and snagged it out of mid-air for the score.

Even the game's announcers were shocked by the play ... with one saying, "I don't know that I've ever seen anything like this."

The play wasn't just amazing -- it was also necessary for Virginia, 'cause it only won the game 30-28. 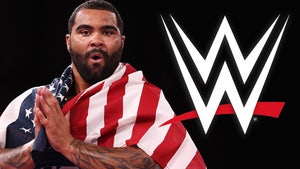 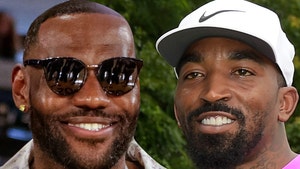 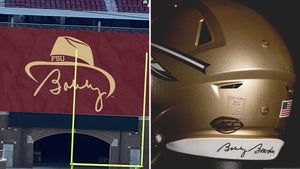