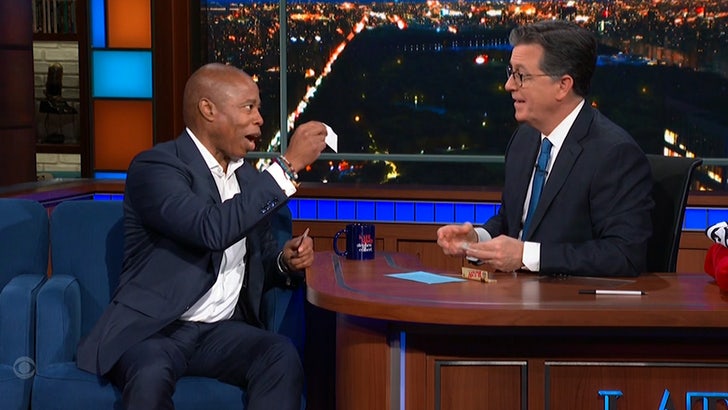 New York City's mayor-elect is ready to hit to the ground running -- and smoking, apparently -- because he came to the 'Late Show' bearing gifts ... including the herbal variety.

Eric Adams is fresh off his election day victory and will replace Bill de Blasio in January, and he stopped by Stephen Colbert's late-night talk show Tuesday with a tote bag full of knickknacks he doled out one by one. 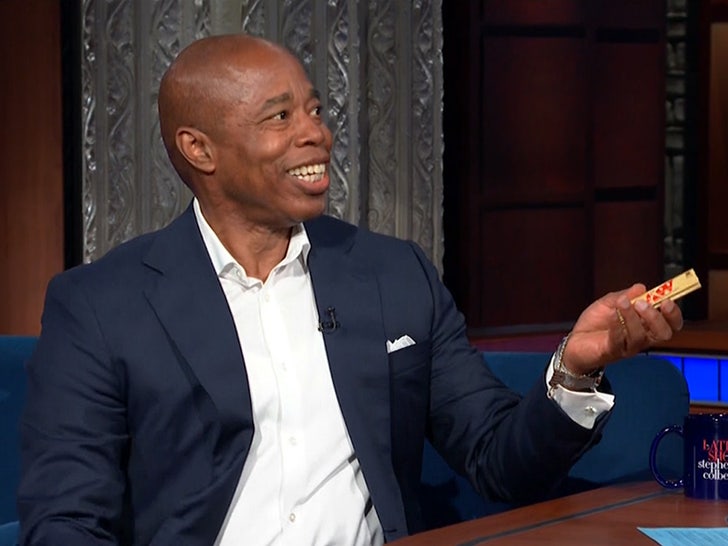 First, he presented a blanket, for SC and his boo to cuddle, then a GSD NYC T-shirt ... but the third gift is what's getting the most attention. Mr. Mayor-elect whipped out some rolling papers and what appeared to be a bag of marijuana -- he said he'd hand it off to Stephen backstage.

BTW, it wasn't real ganja -- Adams' team cleared that up after the fact, saying he didn't bring actual herb on set, even though it is legal in NYC ... and Adams does, in fact, support it.

The bamboo rolling papers were real, though ... so, at least Colbert got that! 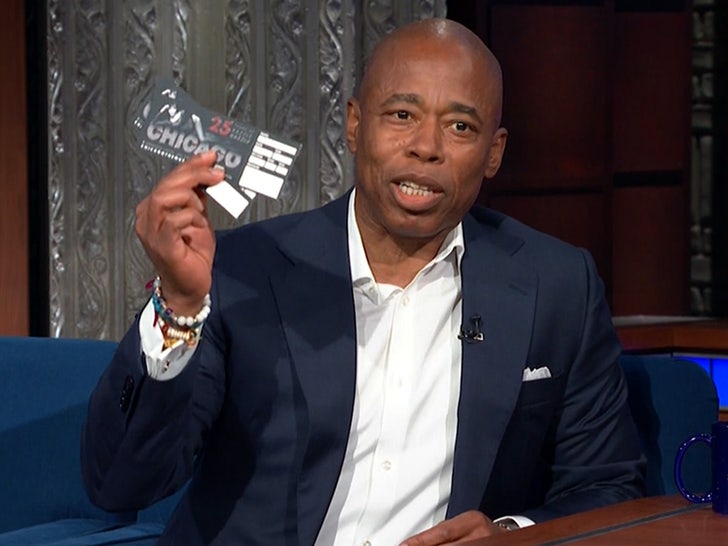 Anyway, there was a final gift that won over the crowd -- Adams pulled an Oprah with gifts for the entire audience. No, everybody didn't get a car, but it was something to help promote NYC.

Adams said New York is the nightlife capital of the world, and he wants to get that rep going again under his regime. 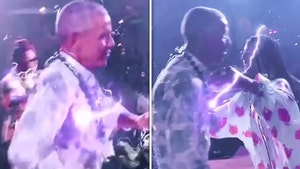 Barack Obama Dances the Night Away at 60th Birthday Bash