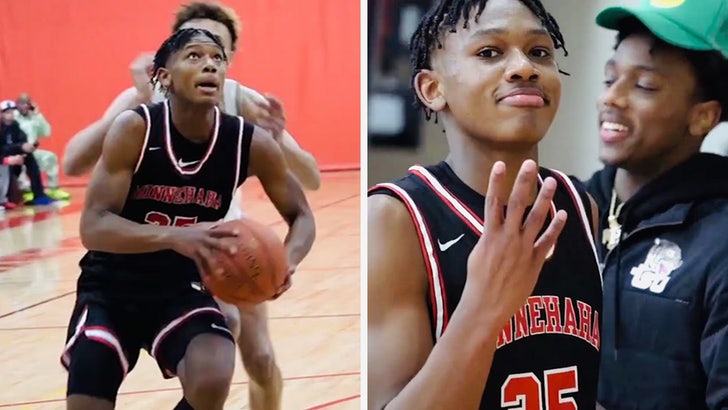 Master P's 16-year-old son, Mercy, put on an absolutely incredible show ... the kid of the famous music icon just dropped a 40 piece in his first high school game as a sophomore.

Mercy, P's youngest, plays for Minnehaha Academy in Minnesota ... and they were taking on Apple Valley, and they had no answer for him all night.

As you can see in the video, Mercy was in his bag ... scoring in a variety of ways -- attacking the rim, shooting outside the perimeter, and even hitting a few mid-range jumpers.

This should come as no surprise 'cause hoops runs in the family. P had a stint in the NBA back in the day ... and Mercy's brother, Hercy, plays college ball at Tennessee State University.

P tried to warn us about the emergence of Mercy -- who committed to playing at the University of Houston -- telling TMZ Sports his son could have a legendary career like Hakeem Olujawon.

"His favorite teams was University of Houston and Duke," P told us, "That was his final choice and to be able to do that as a young kid right now ... he's blessed," P recently told us.

"A lot of the greats went to University of Houston," P said. Clyde the Glyde, Elvin Hayes, Hakeem Olajuwon and now you got Mercy Miller -- could be on that same wall."

Back to the game ... aside from the dominant scoring performance, Mercy's team walked away with the W, defeating Apple Valley 83-62. 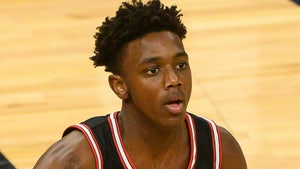