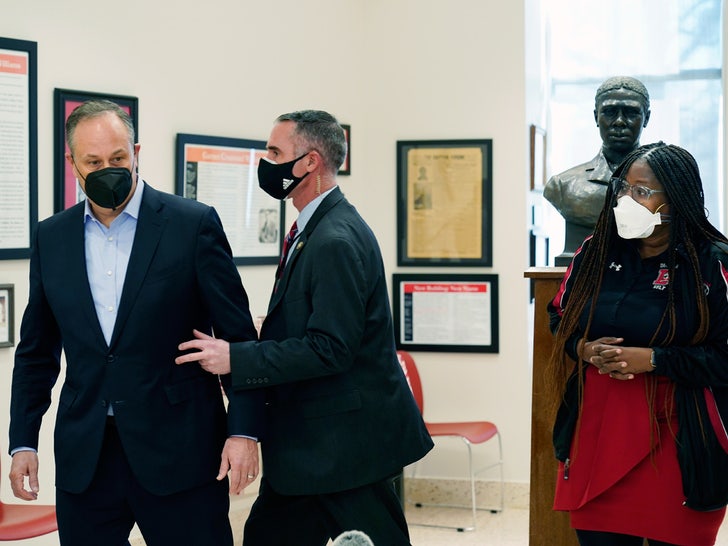 Second Gentleman Doug Emhoff is getting an up-close look at his Secret Service agents in crunch time -- a bomb threat in Washington D.C. forced them to whisk VP Kamala Harris' husband to safety.

Emhoff's Secret Service detail leaped into action Tuesday during his appearance at Dunbar High School in D.C. for a Black History Month event. An agent reportedly approached Doug and told him it was go time, and they went ... quickly.

Looks like DE was a pretty cool customer during the crisis. 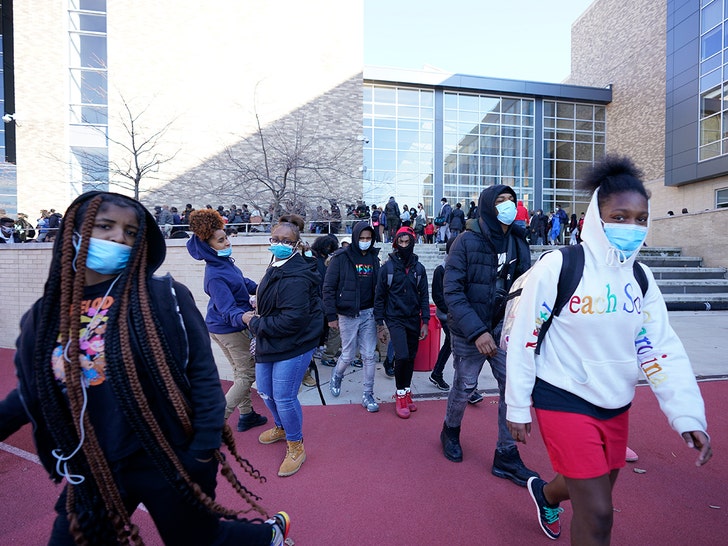 Agents took care of rushing Emhoff out of the room ... while students and teachers were also evacuated. The White House says the building's been cleared and everyone is safe now.

It's unclear if there was a real bomb -- but the threat comes on the heels of dozens of other bomb threats at Historically Black Colleges and Universities around the country. The threats started coming in as Black History Month was beginning.

Here’s the current scene outside Dunbar High School as D.C. police work to clear it after a bomb threat: pic.twitter.com/k2Q2378Onf

The school's principal says it will be a few hours before they can make sure the school is safe. 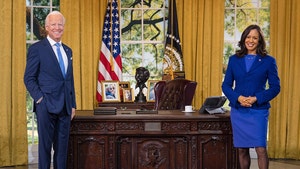 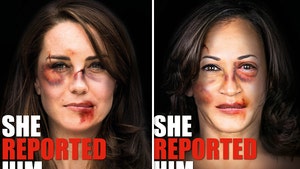