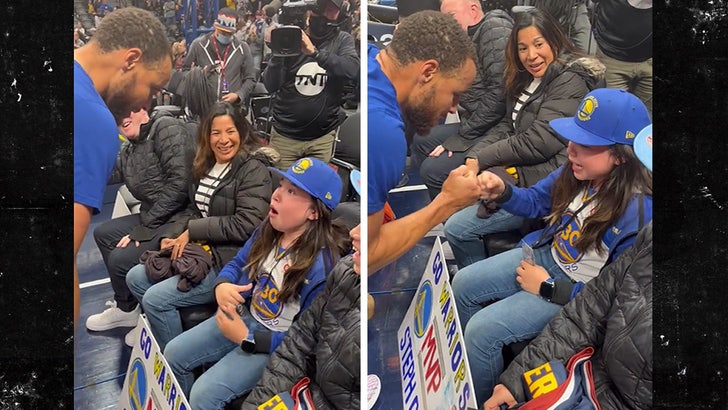 Steph Curry is back in the good graces of 10-year-old Warriors fan PJ O'Byrne -- who was crushed when the 3x champ didn't play in the game she recently attended -- hooking up the young girl with some free courtside tix to see him hoop!

PJ originally received tickets to see Golden State play the Denver Nuggets back in December for her birthday, but a COVID-19 outbreak forced the game to be postponed.

It was rescheduled for Monday in Denver, but Steph didn't travel with the team and ultimately missed the game ... leaving one of his biggest fans, PJ, visibly devastated.

O'Bryne -- who was holding a "Go Warriors! MVP Steph Curry" sign in anticipation of seeing her favorite player hit the court -- was in tears when she received the news that #30 wasn't playing.

Well, Steph and the Warriors org. made things right ... providing the girl and her family tickets to Thursday's game against the Nuggets, giving Steph an opportunity to apologize in person.

Before tipoff, Curry made his way over to O'Bryne and her family (they had great seats) ... and briefly chatted with PJ, who was crying ... only this time, tears of joy.

The Nuggets also provided her with MVP jerseys.

PJ got to see a heckuva performance too. Steph didn't just drop 34 points ... he also surpassed 20,000 total career points, and led the Warriors to a thrilling comeback victory over the Nuggets, 113-102.

After the game, Curry told reporters, "It's what the NBA is all about. Our fans are everything. I told her I appreciate the support and love. I know she was upset on Monday, and we got to make it up to her." 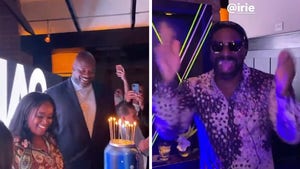 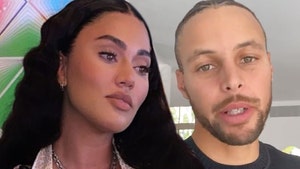