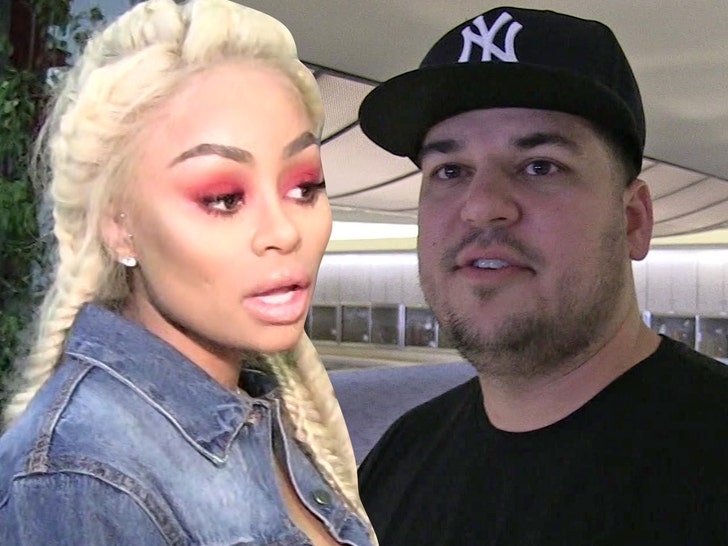 5:30 PM PT -- Blac Chyna was back on the stand Wednesday for further testimony and cross examination from the Kardashian's attorney.

BC told the jury Rob locked himself in a room with her phone and she became so angry she smashed a gingerbread house in the kitchen and damaged a television.

Chyna says she kept screaming at Rob ... "Give me back my phone, give my back my property."

BC says she called Kris for help, and claims Kris told her she would be right over, but instead Corey Gamble came and got Rob out of the room and Rob went to the car.

Chyna says Rob left the home and she immediately started packing up her stuff, moving back into her Tarzana apartment.

Upon cross examination, Kardashian attorney Michael Rhodes had Chyna recall the night of Dec. 14, 2016, when the gun was involved.

Chyna says she held up the gun but never put her finger on the trigger and maintained it was all done in a joking manner ... just like putting the iPhone cord around his neck.

BC says the damage she inflicted on the gingerbread house and TV was different ... because those weren't done in a joking manner, instead it was anger at Rob for not giving back her phone. She also admitted to damaging the door Rob was locked behind.

Chyna denied damaging Rob's car, saying she didn't throw anything at his car ... and she also denied ever threatening to kill or slap him.

Blac Chyna claims she was just joking around when she pointed a gun at Rob Kardashian's head ... and she says wrapping an iPhone cord around his neck was also in jest.

BC just testified in her civil case against the Kardashians ... taking the stand Wednesday and addressing Rob's abuse allegations leading up to their breakup and reality TV show's demise.

Blac Chyna told the jury she and Rob were celebrating their show being picked up for a second season back in December 2016, with the former couple marking the occasion by throwing around money and "being silly."

Chyna's lawyers showed a video clip in court from the night of their alleged fight, with footage showing Rob wearing a torn shirt. Blac Chyna says Rob's clothing was ripped when they were joking around and being silly, and she says she meant no harm and he never asked her to stop or indicated she was hurting him. 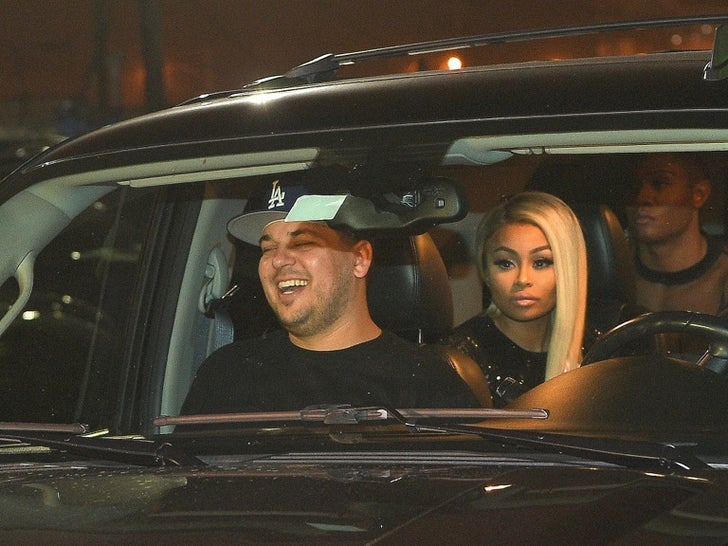 BC then testified Rob was playing video games later that night when she jokingly put an iPhone cord around his neck ... which she says was a joke to get him to pay attention to her. Chyna was adamant on the stand she was NOT trying to strangle Rob.

Blac Chyna's testimony then shifted to the gun ... with Chyna saying Rob kept it on the dresser, though it was unloaded and Rob told her there weren't any bullets in the house.

BC says Rob was eating and on FaceTime with his friends when she came up to him and put the gun to his head ... she says she jokingly said he better never leave her and wasn't being serious.

Blac Chyna also testified her Dec. 15, 2016 argument with Rob started when he accused her of cheating on him ... claiming he was very jealous and would often go through her phone. BC says things got to the point where they had a paternity test taken to assure Rob he was the father, and the test showed he was in fact her baby's daddy. 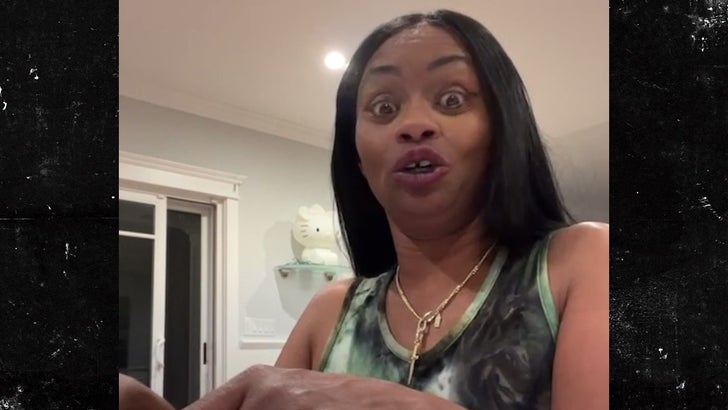 It's interesting ... while Blac Chyna's mom, Tokyo Toni, has railed against the Kardashians on social media this week and taken shots at Kris Jenner ... BC kept referring to Kris as "Miss Kris" and said she thought of Kris as a second mom.

The trial broke for lunch and will resume later today ... stay tuned. 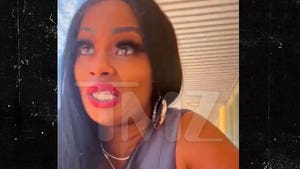 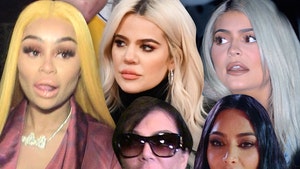