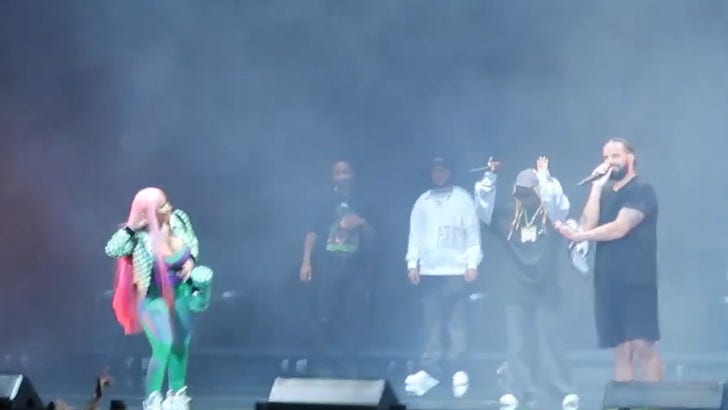 Drake is crowning Lil Wayne and Nicki Minaj as the best to ever do it in rap -- and in NM's case, particularly, seems to be throwing a little shade at her contemporaries.

The OVO chief was performing in Toronto Saturday during the Young Money Reunion Tour ... and Drake took several moments during the set to pay his respects to Weezy -- who's credited with finding both he and Nicki all those years ago and getting their careers started.

Drizzy heaps on the praise and adulation for Wayne, who just stands there giddily and accepts it. But watch when Drake starts dishing out GOAT titles ... he bestows LW with the honor, but Nicki as well.

Of course, this is just Drake's opinion ... but it's an interesting argument for Wayne's case. Some say Jay-Z or Nas might be the GOATs of hip-hop, but Champagne Papi has his pick right here.

As for Nicki, he calls her the greatest as well -- but perhaps in the female rap setting. In her case, he actually scoffs at any notion that any other femcee is close in status ... saying NM is the originator and the best to ever do it. That, too, is obviously controversial.

There've been countless female rappers before Nicki who paved the way -- and there are even some now who some believe might be up there ready to take the throne ... aka, Cardi B or even Megan Thee Stallion, just to name a couple.

Drake expresses his gratitude to Lil Wayne who helped jumpstart his and Nicki Minaj’s careers during their reunion show tonight at OVO Fest. ❤️ pic.twitter.com/Ds0uDykpeu

But Drake doesn't see it that way -- he clearly thinks these two are the cream of the crop ... and they got his cosign on that right in front of a massive crowd.

This should get the rap heads chattering ... 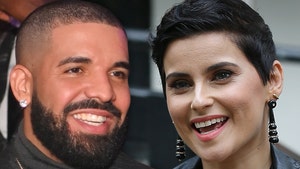 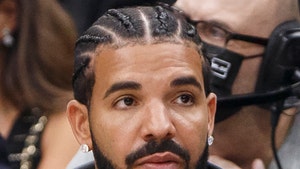