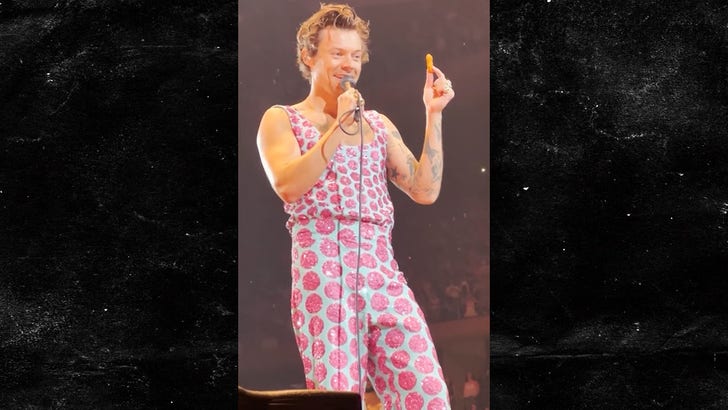 Harry Styles is the latest musician to fall victim to rowdy crowds who let it fly at concerts -- only this time, he handled it a little differently than how some have lately ... with humor.

The singer was performing at Madison Square Garden Saturday night in NYC, and at some point in his set ... he pumped the brakes on the show and addressed some thrown objects onstage. Specifically, a couple of chicken nuggets.

Watch ... HS seems kinda entertained by the fact someone chucked at least two of these at his feet, calling it a clever ploy to get his attention. He then asks the audience, who threw it?

It sounds like Harry might've actually identified the culprit ... 'cause he ended up throwing at least one nugget back. Before that though, he noted that he doesn't actually eat 'em -- 'cause he doesn't eat meat at all ... despite the concertgoers chanting for him to do.

Harry has a little banter with the alleged thrower ... joking with them that he can get 'em a new nugget. It made for about a minute of pause, and he handled it gracefully in the end -- although, something tells us he might've actually been a bit irked by the interruption.

Again, he's the most recent performer to have to deal with stage crashers ... be it through tossed items or just outright ambushes. Kid Cudi completely pulled the plug at a recent performance of his for something similar ... but that object packed a little more oomph. 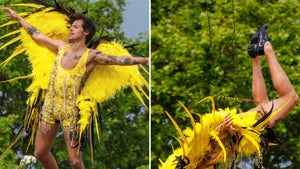 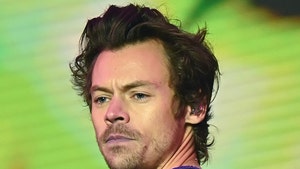