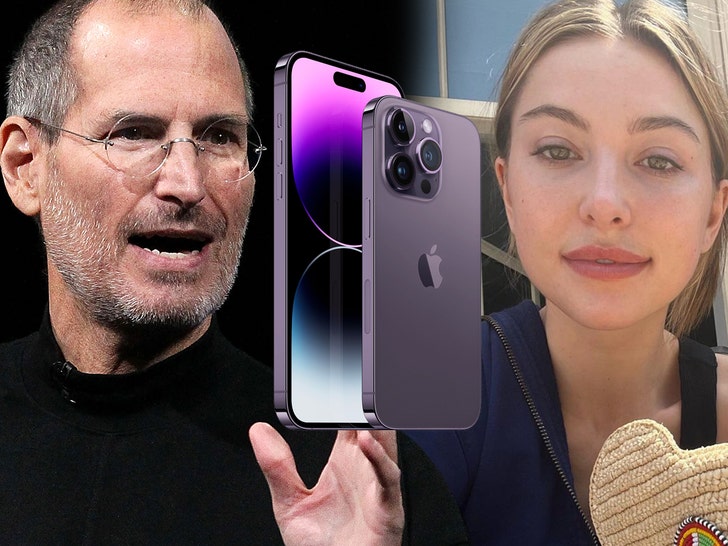 If there's anyone Apple might wanna impress, it's Steve Jobs' daughter, but the fact is she's far from blown away by the new iPhone ... which she thinks is pretty much the same as the previous edition.

Eve Jobs, daughter of Steve and Laurene Powell Jobs, reacted to Apple's Wednesday announcement of the new iPhone 14 by posting a popular meme ... and adding her own twist of shade. 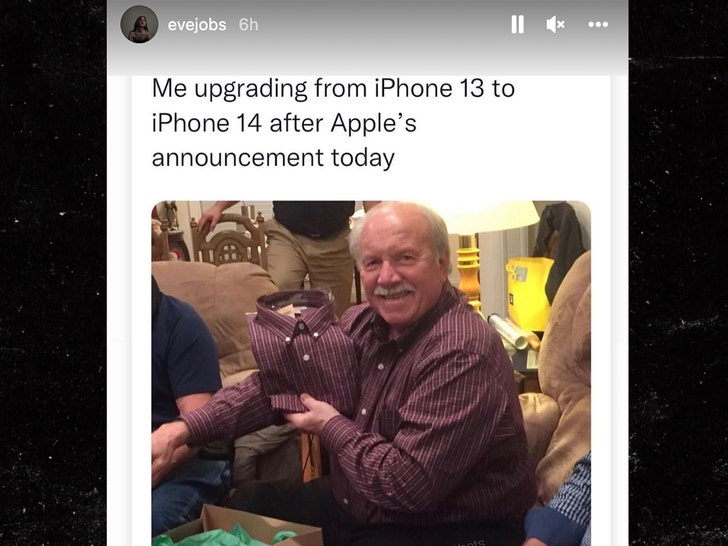 Eve is basically saying folks who upgrade from the iPhone 13 to the iPhone 14 aren't getting anything different from before.

Lots of folks in the comments are mostly in agreement with Eve ... some people are pointing out a lot of the tech specs between the iPhone 13 and 14 are the same ... including screen size, refresh rate, storage, CPU and the cameras. 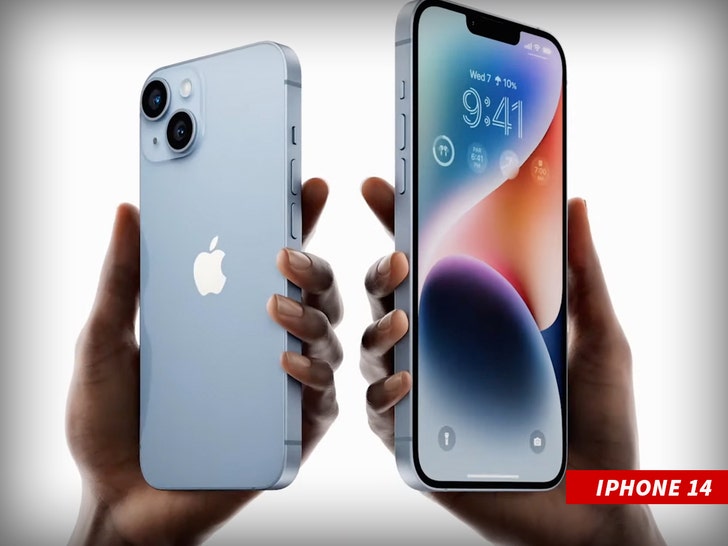 It's a tongue-in-cheek statement from Eve, but since many people believe Apple innovation took a hit when Steve died ... his daughter's jab hits a little harder. 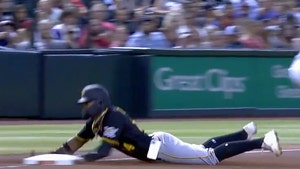