Will Smith might be back in business sooner than later -- a key project of his that was paused seems on track to see the light of day after all ... this after a solid test screening.

The beleaguered actor -- who's still trying to repair his image after the Oscars slap -- was on hand Saturday at the Congressional Black Caucus Foundation’s 51st annual Legislative Conference, which was hosted by the NAACP ... with a ton of honchos there as well.

At a special screening of the film #Emancipation, with director @AntoineFuqua and producer and star Will Smith. This is the first time Will has seen the film with an audience. @appletv @appletvplus pic.twitter.com/RMDGvYIEky

WS was standing next to director Antoine Fuqua, who was at the helm for their new flick, 'Emancipation,' while explaining to the audience why he'd been so averse to slave movies throughout his career ... but noting, he didn't really see this film in that lens, per se.

Will says this movie is, more so, about perseverance and determination -- and just the sheer will to survive and be free. He also talked about the character he'll be portraying, "Whipped Peter," whose photographs from the 1800s (showing scars on his back) went viral in its day. 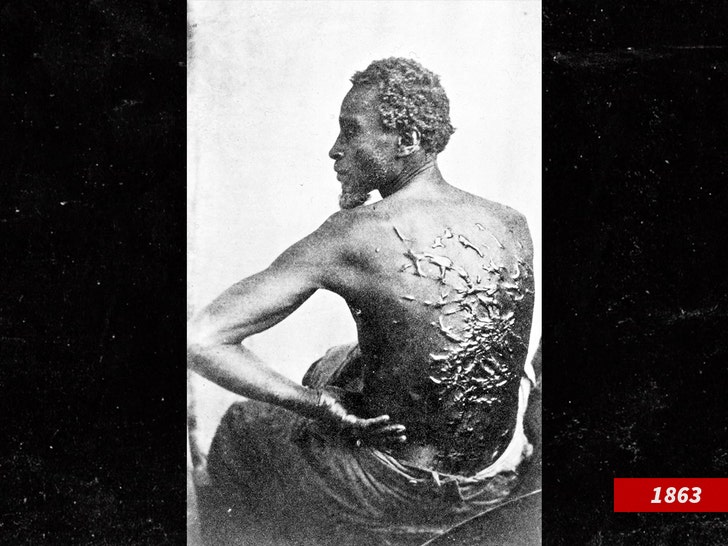 As far as the actual movie itself ... the word is, it's incredible and quite powerful -- with a number of folks touting its importance for African-American culture, and America at large.

The jibes with all the buzz surrounding 'Emancipation' before Will hit Chris Rock on national TV -- there was a lot of talk of Oscars, and based on how people are responding ... it sounds like that might still be the case -- even though Will wouldn't be able to attend any ceremony.

I had the pleasure of watching the film #Emancipation and can’t begin to tell how powerful this is for OUR community and OUR history. It’s a story of adversity, of resilience, of love, and of triumph.

Thank you Antoine Fuqua and Will Smith for sharing your gifts!#ThisIsPower

As we all know ... the guy was banned from attending Academy Award shows for 10 years. Assuming Apple releases this thing in the next decade -- which they probably will -- and WS is actually in contention ... someone else would have to go up there for any would-be wins.

No word on when 'Emancipation' might hit streaming services, but if they're already screening it and getting solid feedback ... something tells us it might happen within the year. 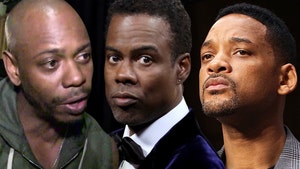 Will Smith Movies The Oscars