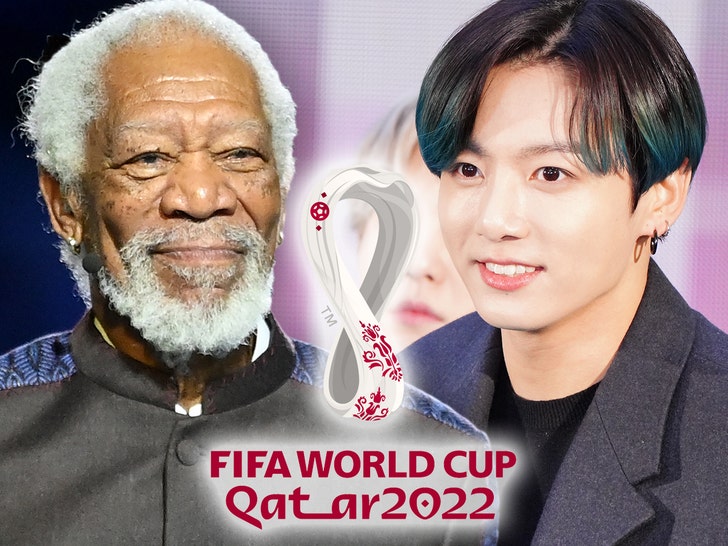 Qatar pulled out the big guns to open the 2022 World Cup ... hiring Morgan Freeman to share some words of wisdom and a BTS member to sing us toward kickoff.

The actor was on hand Sunday during the Opening Ceremony, where he performed in a rehearsed skit that sorta felt like something out of a Disneyland production ... with MF mic'd up and talking to a Qatari man who was a bilateral amputee from the waist down.

It's interesting ... their scripted convo certainly seemed to address the controversy over Qatar hosting in the first place because of outcry over their human rights record. Morgan asks the man if he's welcome there, seeing how they abide by different customs and practices.

The Qatari man assures him he is, and that Qatar by extension invites the entire world in hopes of gaining a better understanding of one another ... noting soccer brings them together.

Jungkook's performance was more straightforward and traditional ... he did a showstopping number of 'Dreamers' alongside Qatari singer Fahad Al Kubaisi, with a lot of dancers/ production value behind 'em, similar to how a lot of the WC opening ceremonies have been.

The home crowd was fired up from it all ... although their enthusiasm waned once their team took the pitch. Qatar lost 2-0 to Ecuador for the first match -- and it wasn't really close. 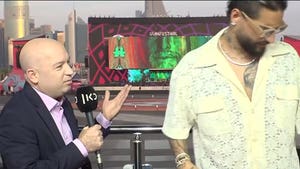 Maluma Grilled at World Cup Over Qatar Boycott, Walks Out of Interview 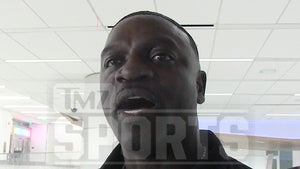