Noodle the Pug -- who took TikTok by storm over the past year-plus -- has died ... this according to his owner.

Jonathan Graziano announced the news Saturday, saying Noodle passed overnight while in his arms. He extends thanks to everyone who tuned in to watch his pooch on the platform and for welcoming both of them into their lives ... noting Noodle brought a lot of joy.

JG added that Noodle had a helluva run, and mentioned this in his caption ... "It has been the privilege of my life to care for Noodle these past 7 years. The sweetest man there has ever been and will ever be."

The pug was famous for a "No Bones Day" gag that Graziano would do daily ... which basically amounted to seeing if the dog wanted to get up for the day and do stuff. He'd lift Noodle up and gauge whether he'd stand on his own or not -- if he flopped, it's "no bones." If he stayed up, it meant Noodle had bones for the day ... an indicator for the rest of TikTok.

Naturally, the internet is in mourning ... with many pointing out just how pure Noodle's interactions were, and how well Graziano interacted with him for hilarious content. The pet owner is said to have adopted Noodle some 10 years ago, so they had a long relationship. 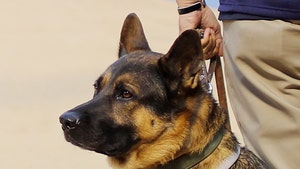 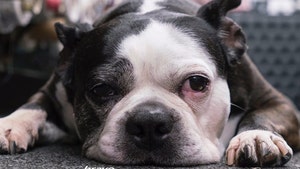