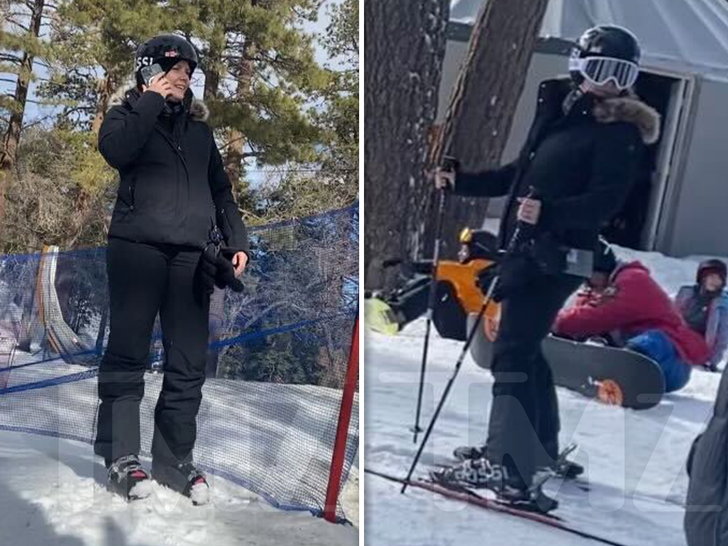 Amy Adams got a fairytale ending in her latest film, and it seems she's mirror-mirroring that off camera too ... hitting the slopes with her real-life family, and having a magical time.

The actress -- who recently starred in Disney's 'Disenchanted' -- was out skiing Sunday with her husband, Darren Le Gallo, and their daughter Aviana. They hit up the Mountain High Resort in Wrightwood, CA ... about a two-hour drive Northeast of central Los Angeles. 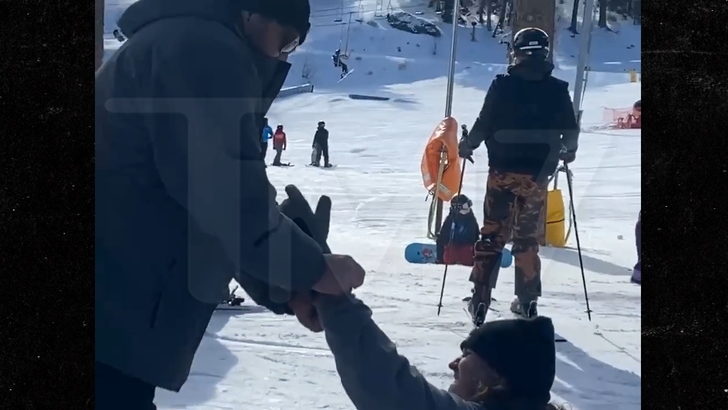 Amy probably would've gone unrecognized if she'd kept her goggles on -- with the low-key outfit she was wearing, she pretty much looked like any other female skier on the mountain.

However, it looks like she stopped at one point and popped off the eyewear for a little phone time ... and, at that point, it became clear a star was in the mix. Check out the photos -- Amy seems pretty jazzed to be out there ... flashing a big smile while she was on the horn.

Speaking of AA and DLG's kid ... she actually has a mini cameo in 'Disenchanted,' which is the long-awaited sequel to 2007's 'Enchanted' -- where Amy plays a storybook princess type who's zapped into the real world. In part 2, Aviana briefly appears in a town square scene.

Following in mom's footsteps, it seems ... and perhaps even following her ski tracks down the hill too. Happily ever after, indeed. 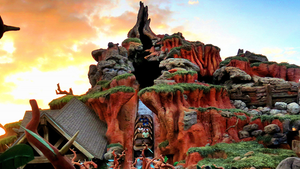 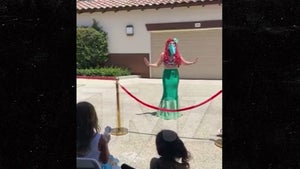