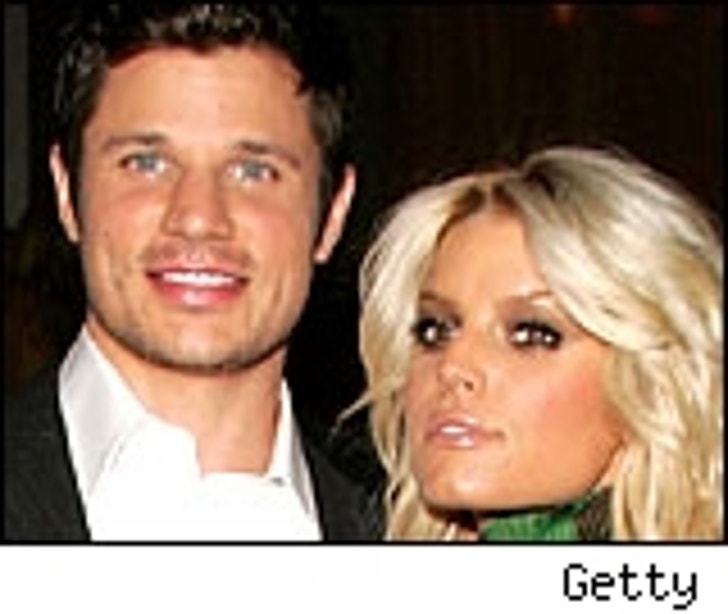 As for Nick, TMZ has confirmed that he hired uber-celebrity lawyer Laura Wasser. We're also told that Nick decided he will not initiate divorce proceedings and will instead let Jessica make the move.

All three lawyers have represented a stable of stars. Most recently, Kaufman repped Jennifer Aniston in her divorce with Brad Pitt, Roseanne and Lisa Marie Presley in her divorce from Michael Jackson.

For his part Spiegel has handled cases for Michael Jackson in his custody dispute with Debbie Rowe, Rachel Hunter, Tommy Lee and Richard Pryor.

Wasser has represented Angelina Jolie, Denise Richards, Stevie Wonder, Kiefer Sutherland and Spike Jonze in his divorce from Sofia Coppola. Wasser could not be reached for comment on the Lachey matter.

It's unclear when Jessica will file legal papers.

TMZ first broke the story that Jessica refused to sign a prenup that Nick wanted and that move could cost her a fortune. In California, earnings during a marriage are divided 50/50. We're told Jessica said privately that reports of her wealth have been greatly exaggerated.