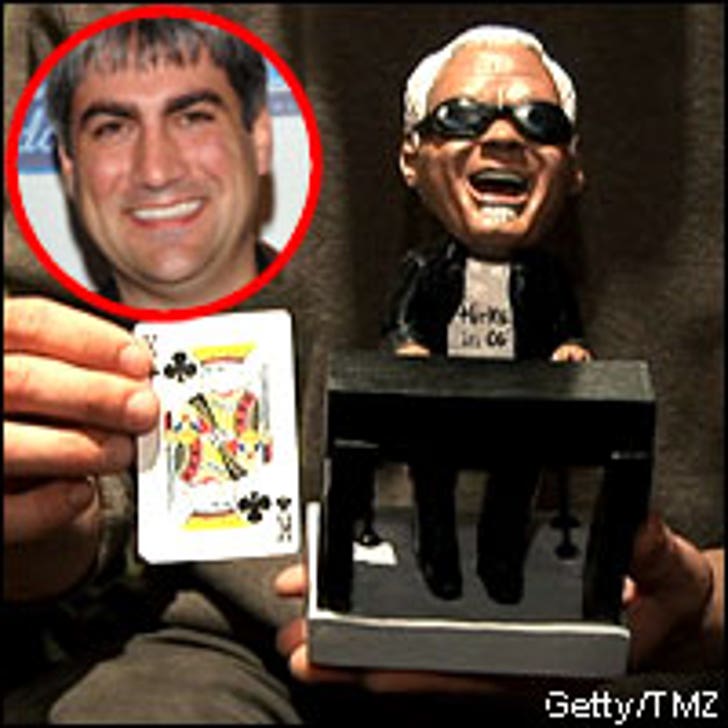 Was it talent or luck that landed Taylor Hicks in the top three 'American Idol' slots? We found out that Taylor-- at least partially-- banked on luck.

In the past, Hicks has always carried two lucky charms with him when he performed with his band back in Alabama -- a Ray Charles bobble-head doll and a King of Clubs playing card. Why Ray Charles? Taylor's a huge fan. Why the King of Clubs? His bandmates tell TMZ that Taylor was the king of all nightclubs in his hometown.

When Taylor made it to the top 12, his bandmates flew to Hollywood to deliver the lucky charms. We can only assume Taylor was packing a King of Clubs when he sang on 'A.I.' As for the bobble-head, it probably ended up in his dressing room -- it's way too big for the 'A.I.' stage... and his pocket.