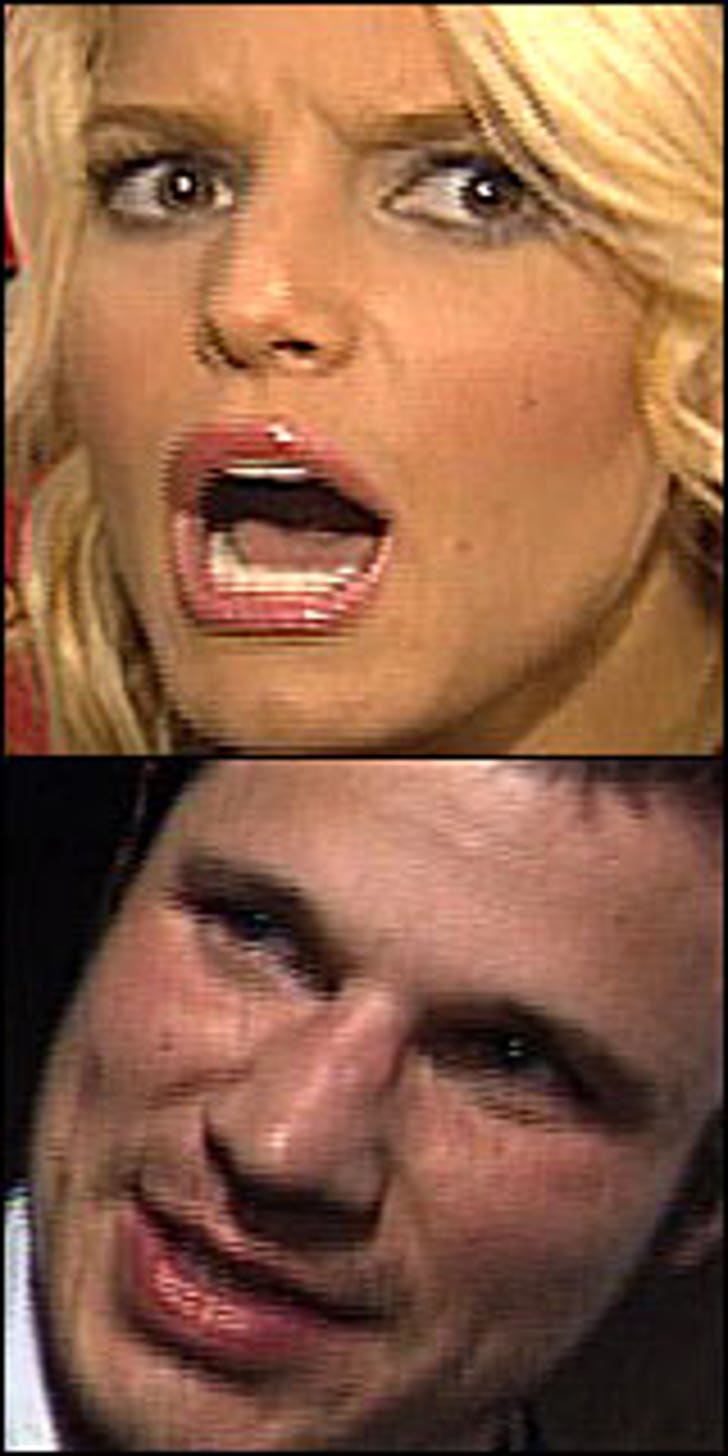 Jessica Simpson has offered Nick Lachey what is an "insulting" property settlement offer, banking on the assumption that Lachey does not want to press the matter in court.

Multiple sources connected with the former couple tell TMZ that Simpson has offered Lachey less than $1.5 million to settle the division of property. Under California law, Lachey would be entitled to half of what the couple earned during their marriage. The Associated Press reports that in 2004 alone, Simpson raked in $30 million.

We're told that Simpson's reps believe that Lachey will fold because he does not want to make it appear that he is after her money. They also know that Lachey is still in love with his estranged wife and believe he does not have the stomach to square off with her in court.

Indeed, sources have confirmed to TMZ that Joe Simpson, Jessica's dad, has called Nick, urging him to take the settlement so the two can "end as friends." And other friends and reps of Jessica have contacted Nick, trying to pressure him into a settlement.

Sources say Lachey "absolutely will not ask for spousal support," even though legally he has a right to press that claim. He will not, however, accept a paltry settlement that in no way approaches what he would be legally entitled to under the law.

In 2004 Jessica said, "If anything were to happen to me and Nick, I've had a great life with him and he would deserve half of everything I have." It appears she has had a radical change of heart.