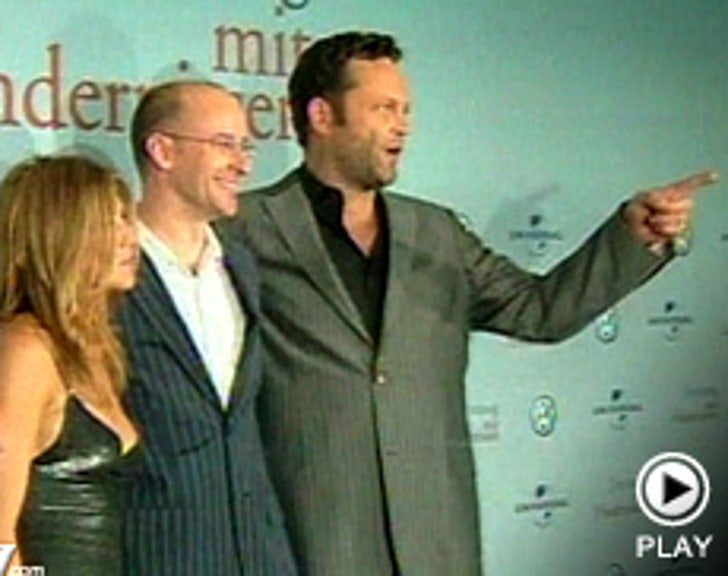 American photographers may be irritating to the stars they shoot, but they rarely boo. Jennifer Aniston and Vince Vaughn found out the hard way that it's not always the same across the pond.

While touring to promote thier movie, 'The Break-Up,' the couple posed -- separately -- for a mob of media in Hamburg. This fits with their long-standing tendency to not be photographed together. But the German photographers wanted a two-shot, and loudly cajoled Vince to join Jennifer under the lights.

Finally, Vince did step forward, but only with the film's director, Peyton Reed, standing between Vaughn and Aniston. This teasing maneuver only further upset the media, whose voices swelled with groans and boos.

The videographer in this clip zooms in on Jennifer's right hand, possibly looking for an engagement ring. Despite media reports that the couple are engaged, sources tell TMZ that this is not true.