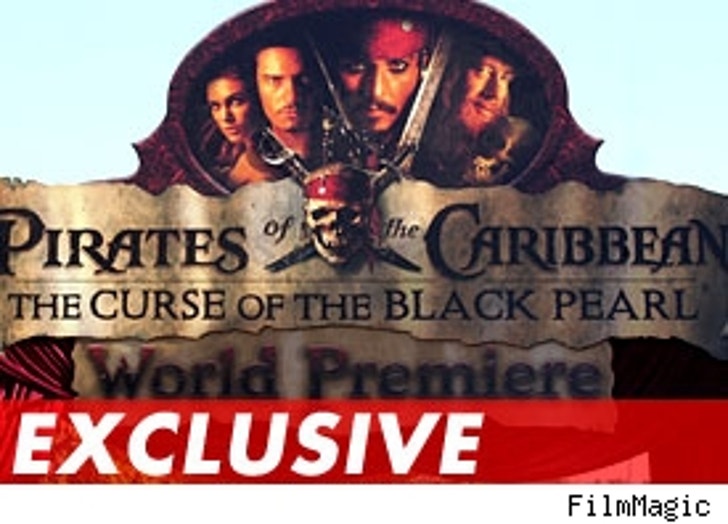 A Hollywood screenwriter is suing pretty much everyone involved with "Pirates of the Caribbean: Curse of the Black Pearl," the first installment of the now record-breaking "Pirates" series.

Royce Mathew claims in the 80s and 90s, he "created and wrote a number of original works including drawings, screenplays, outlines, blueprints, storyboards and other original materials...which he generally entitled "SNPM," standing for 'Super Natural Pirate Movie.'"

According to the lawsuit, obtained by TMZ and filed in United States District Court, Central District of California, Royce alleges he created "various drawings depicting his pirate ship, which he named the Black Pearl, and an original design for a 'medallion,' both of which are are central elements of his screenplay." Royce says he registered the drawings and his screenplay with the U.S. Copyright Office.

In the lawsuit, Royce says he shopped his materials between 1991 through 1995 to various defendants, both directly and through the William Morris Agency and Creative Artist Agency. Royce claims his materials were rejected and then the first "Pirates of the Caribbean" was created, allegedly using his work as a blueprint.

Royce is suing, among others, The Walt Disney Company, Buena Vista Home Entertainment, Touchstone Home Video, Jerry Bruckheimer, Inc., and Walt Disney Parks and Resorts, Inc. He is asking for unspecified damages and an injunction prohibiting the defendants from publicly displaying the movie.

Royce is also asking that all copies of "Pirates" that the defendants control be impounded.

Although the lawsuit does not mention the two "Pirates" sequels, it does ask the judge to issue an injunction against the first "Pirates" and "other infringing works."

A Disney spokewoman says the suit "has no merit."