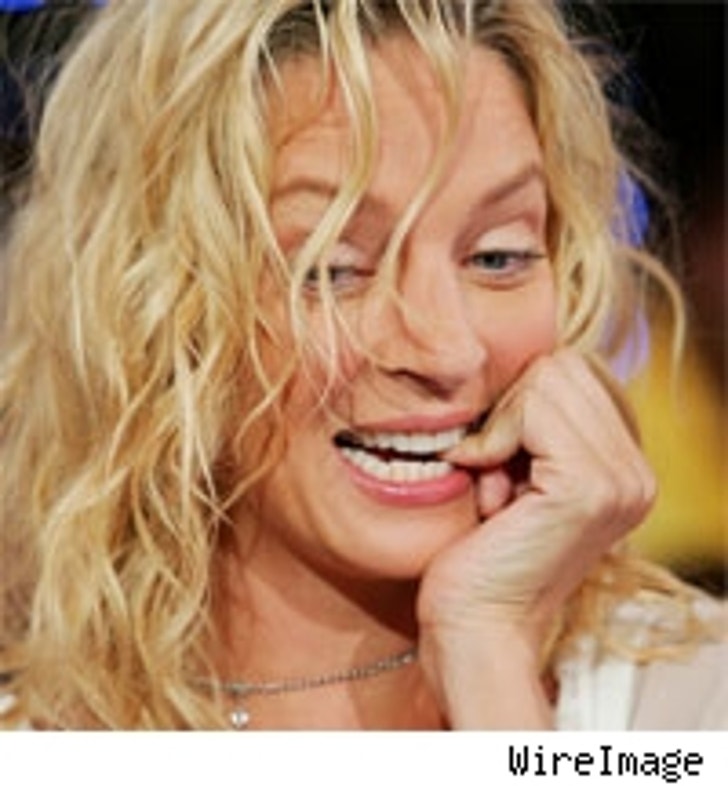 We realize the futility of this mission, but we're undertaking it anyway: Everyone needs to stop wasting time with ridiculous movies like "Lady in the Water" and "Pirates" and go see "My Super Ex-Girlfriend."

We'll leave aside that Ivan Reitman directed "Stripes" and "Ghostbusters," films that already belong in the canon of comedy. (Lineage is hardly a reason to go see a film. Just look at "Poseidon" or "Alexander" for proof.)

Nor should you see "My Super Ex-Girlfriend" because screenwriter Don Payne, late of "The Simpsons," wrote one of the funniest scripts in years. (Lots of scripts get marred by inept direction, natch.)

No, the real reason you oughta go see "My Super Ex-Girlfriend" is that it is everything "Pirates of the Caribbean" should have been: Uproariously funny, clever and utterly original. Ribald, but not coarse.

In a word, fun - something I was starting to doubt you could have at a summer movie.

Consider the lugubrious "Superman Returns": "You wrote that the world doesn't need a savior, but every day I hear people crying for one..."

Well, um, yes. Save us from these torpid summer movies with ponderous dialog and no fun whatever!

And then along comes "My Super Ex-Girlfriend," stuffed with laughs and smarts. Does it push the envelope of special effect like "The Matrix"? No, and it's not supposed to: It's a Spandex send-up, and an ingenious and enjoyable a comedy as I've seen in years.

Why'd it go so wrong? Box Office Mojo offer this assessment: "[a] combination of romantic comedy and superhero antics, handled awkwardly in the marketing, proved a turn-off for followers of either genre - there's never been a successful superhero comedy (outside of family movies) and the sub-genre is characterized by such failures as Mystery Men and Blankman. Making matters worse, "Ex-Girlfriend" star Uma Thurman's titular character was presented as unhinged and cruel and, hence, not relatable."

(Or, given some of the women my pals have dated, all too relatable?)

Please, Uma's not the problem. Maybe I do have a soft spot for the brilliantly, unapologetically crazy and needful turn by Uma Thurman. But more than likely, it's that adult movie-goers have been so trained to fear over-serious superhero movies that they finally rejected the only one worth seeing this summer.

Whatever. Just don't treat misguided marketing and a lousy opening weekend as Kryptonite; go see it.

Or as your punishment, Hollywood will simply stop making movies like this one. And that's an amercement none of us can afford.