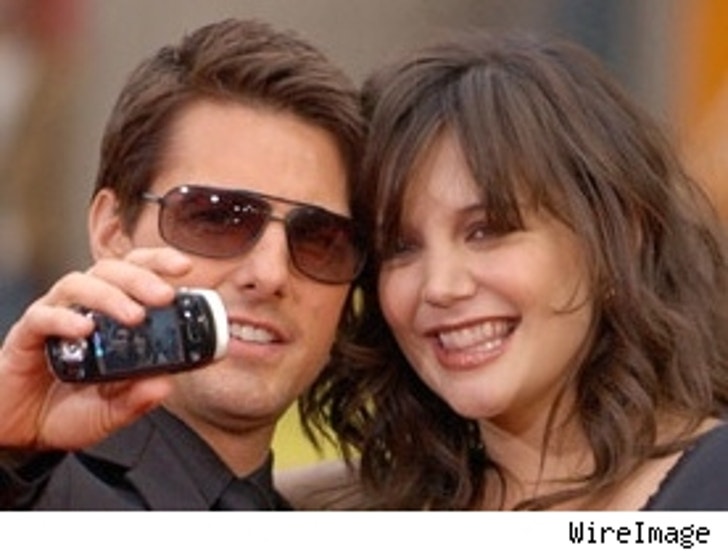 There's been another Suri Cruise sighting – and now we learn that she's got a head of "beautiful, black hair" and that she's "Daddy's little girl."

Jada Pinkett Smith and her husband Will are the latest celebs to catch a glimpse of the heretofore invisible spawn of Tom Cruise and Katie Holmes – and then tell the world about it.

What's more, Cruise's rep confirms that wedding bells will be ringing for TomKat sometime in the late summer or early fall. 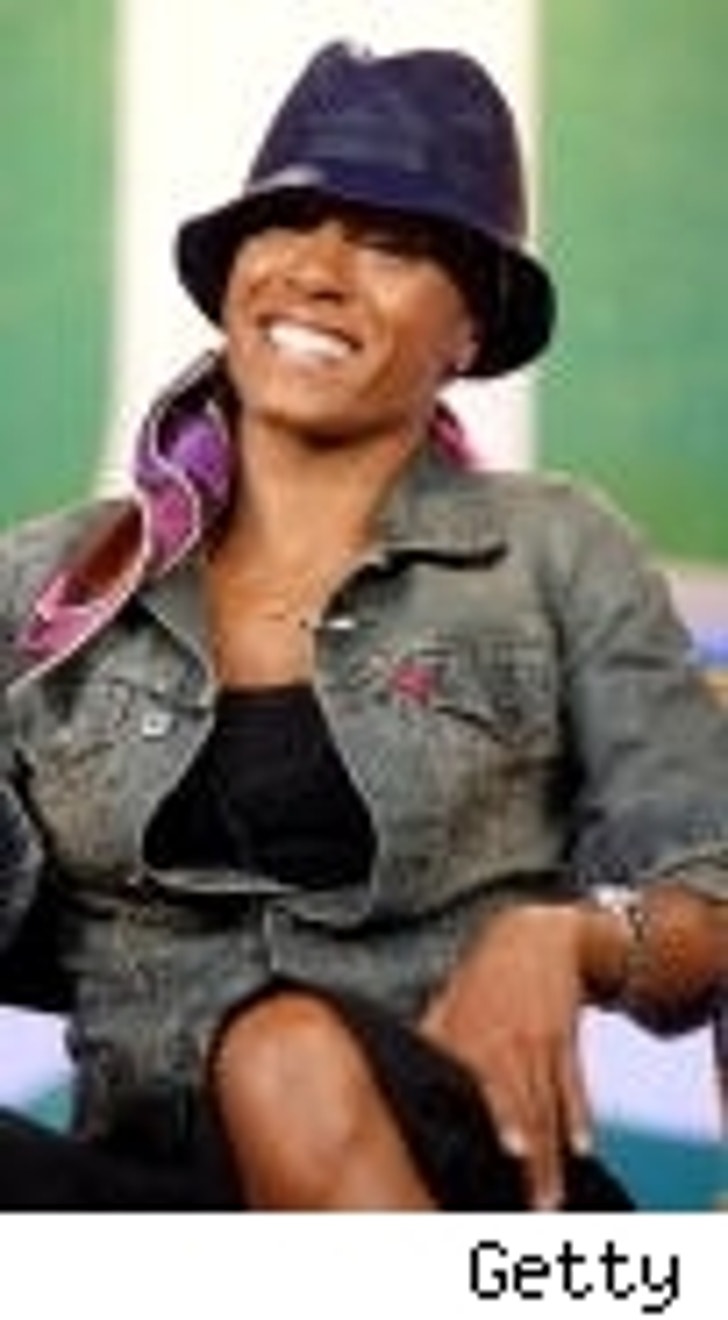 Jada Pinkett Smith fills out the ever-blossoming portrait of Suri, who was born April 18 but has been absent from the public eye since then, describing her to People as "gorgeous" and "one of the sweetest babies I've ever met in my life." What's more, says Pinkett Smith, who's met the baby twice at Cruise's Beverly Hills home, Suri's an "absolute beauty" and "Daddy's little girl." That description – suggesting a resemblance to Tom – veers a bit from Leah Rimini's recent and non-specific portrayal of Suri as looking "like Tom and Katie."

Meanwhile, reports that Tom and Katie are getting married this weekend aren't true, and a rumor that they were doing the deed in Holmes' hometown of Toledo, Ohio, are also false. According to Cruise rep Paul Bloch, as quoted in Page Six, the pair is planning late summer or early fall nuptials, and the ceremony will take place at one of Cruise's homes. 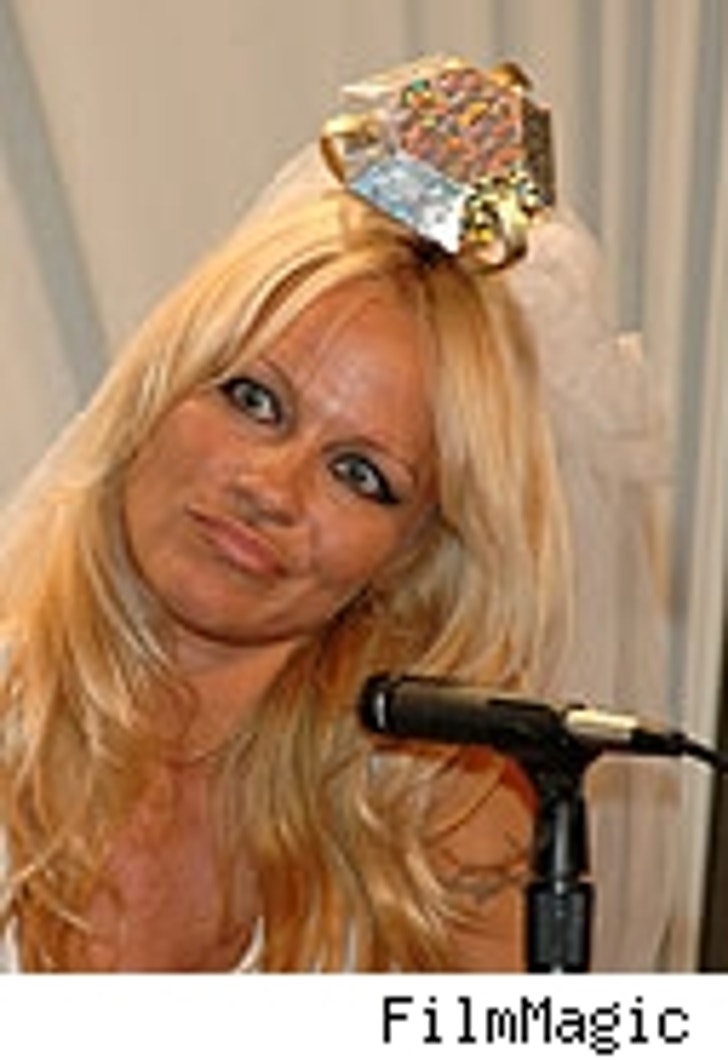 Pam and Bob To Marry This Weekend – And Several Times Thereafter

In other wedding news, Pamela Anderson and beau Kid Rock – whose real name is Bob Ritchie – are going to tie the knot in St. Tropez this weekend, and will do a little marriage tour around the United States after that.

The couple is getting married aboard a 164-foot yacht called Thunder Gulch, says Us Weekly, and the bride will in fact wear a dress (as opposed to a bikini, which is what she wore to get hitched to Tommy Lee). There will be magnums of Veuve Clicquot poured aboard the ship, and then guests will head to a nightclub to party until dawn. 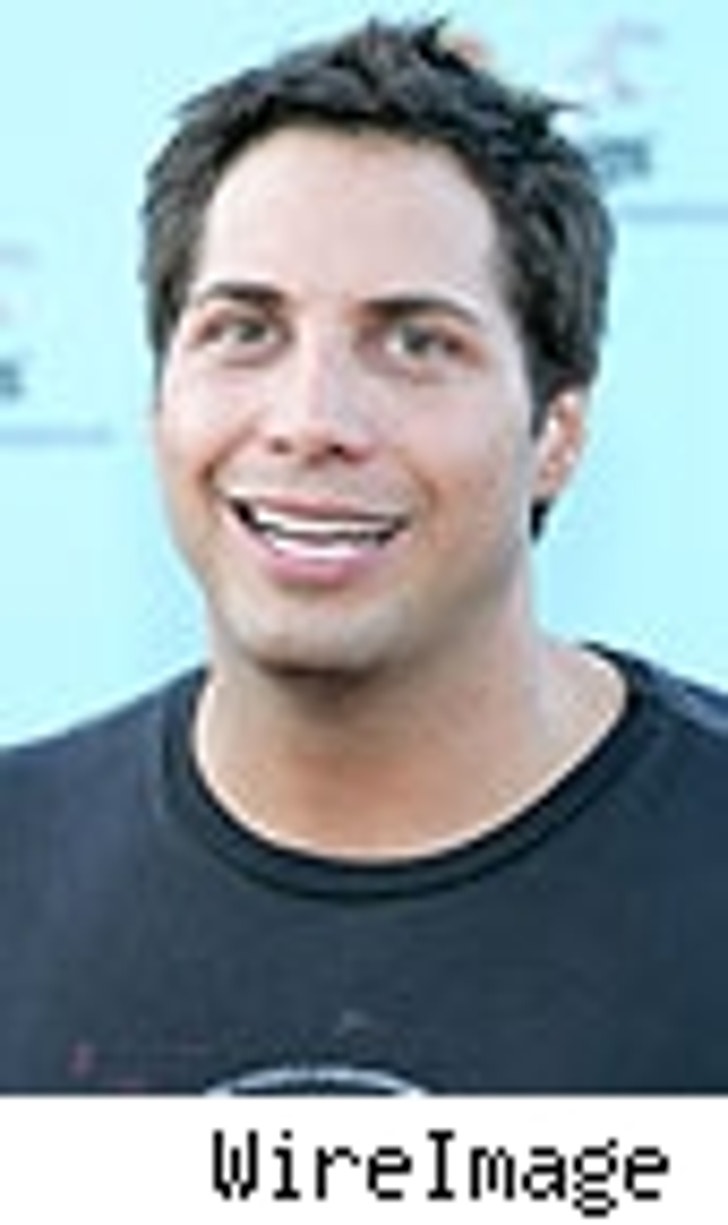 The hours and hours of videotape that deputies had seized in a 2003 search of "Girls Gone Wild" producer Joe Francis' condo – the bulk of evidence in the state attorney's case alleging that Francis used underage girls in his videos – has been suppressed by the judge in the case.

Deputies seized 700 items that was to be used in the case, but Circuit Judge Dedee Costello yesterday tossed all evidence gathered during the searches. Francis' attorneys argued that the search warrants were not specific about what deputies were looking for in the condo.

The prosecuting attorney acknowledged that the decision was a blow to his case. "The obvious strength of this case is that much of the illegal conduct alleged is caught on videotape," said Florida State Attorney Steve Meadows.

For Francis, the news was good on a day when things did not go so well for his vaunted "GGW" tour bus.

So this summer was all about the baby, but now Brad Pitt is very much back to work. Not just content to reprise his role as Rusty Ryan in "Ocean's Thirteen," which has been filming this summer, Pitt has also committed to star in "The Curious Case of Benjamin Button," which reunites him with "Fight Club" director David Fincher and Cate Blanchett, his co-star in the upcoming "Babel," according to Variety. The movie is adapated from an F. Scott Fitzgerald story about a man who ages backwards when he turns 50.

Pitt also is thinking of jumping aboard "State of Play," an adaptation of the British miniseries in which a journalist and former campaign manager of a rising politician uncovers a murder conspiracy involving his former boss.

"Button" will start production in the fall, while no timetable has been set for "State of Play." "Ocean's Thirteen" will unspool in theaters next summer, and the already-wrapped "The Assassination of Jesse James by the Coward Robert Ford" will be in theaters this fall. And Pitt will also be producing "A Mighty Heart," the story of slain Wall Street Journal reporter Daniel Pearl, with Angelina Jolie in the role of Pearl's wife.

Manhattan's concierges can breathe a sigh of relief: Russell Crowe has elected to rent a $100,000 country home for the summer in upstate Nyack, NY instead of staying in a hotel while he shoots his latest project, "Tenderness," in the city. Page Six adds that Crowe has installed a gym in the old garage. . .Audioslave frontman Chris Cornell will be singing the title song for the upcoming James Bond film "Casino Royale." The tune is called "You Know My Name" and was co-written by Cornell with composer David Arnold. The former Soundgarden singer's work can be heard when the latest Bond is released on November 17.