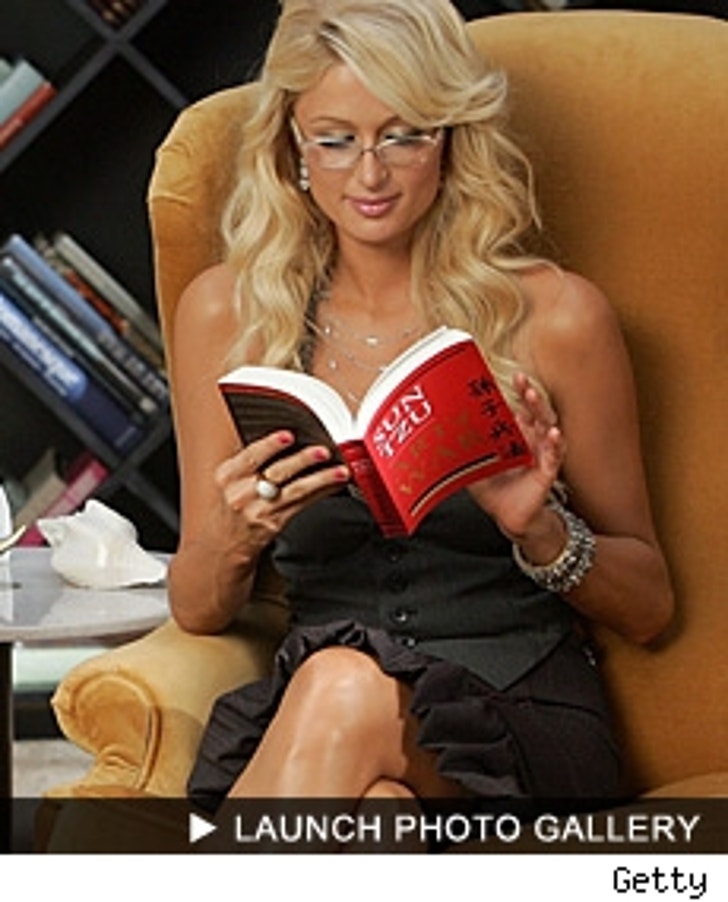 Paris Hilton, never one to be known for her high IQ, was photographed Sunday wearing glasses and reading "The Art of War." Don't worry, you're not hallucinating. Paris was only shooting a promo for the upcoming MTV Video Music Awards.

Hilton co-stars in the ad with MTV's famous Moonman, who also shot spots with the Red Hot Chili Peppers and All-American Rejects.

The VMA's will be held August 31st in New York City.