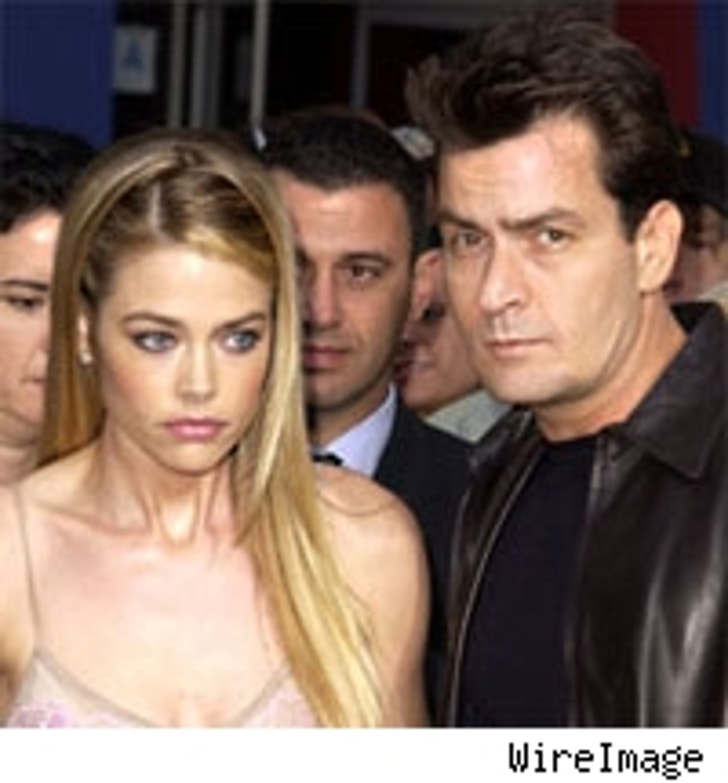 Charlie Sheen does not have to stay clear of Denise Richards anymore.

The estranged couple have agreed to terminate the restraining order which prohibited Sheen from coming within 300 yards from Richards and their two daughters. Sheen was allowed to visit his young girls only one day a week and with supervision. The order was issued after Richards alleged that Sheen threatened her and engaged in a panoply of unsavory behavior, allegations Sheen denied.

As the couple's divorce proceeding winds through the process, the two celebs will now try to reach agreement on child custody. They will also try to hammer out a property settlement agreement. We're told the stumbling block is who gets what for the lucrative syndication money Sheen will get for his hit show "Two and a Half Men."