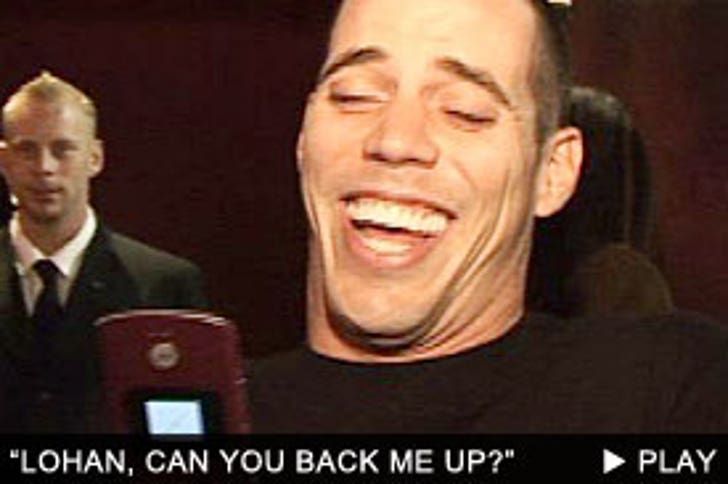 It was Lindsay Lohan to the rescue last night, after "Jackass" star Steve-O was told he was a persona non grata at popular Hollywood hangout Hyde. When bouncers refused to admit the daredevil past the exclusive velvet rope, Steve-O did what any huge star would do. He name dropped, saying "I'm supposed to meet Lindsay Lohan here!" Apparently, the bouncers weren't amused.

After management instructed him to hit the road, Steve-O began texting Lohan, begging for her to help with the situation.

Before the club drama even began, Steve-O gave a staunch defense of Lohan for TMZ's cameras, blasting Paris Hilton and Brandon Davis for their infamous anti-Lindsay rant.

"You know what's disgusting to me is that f*&%-ing billionaire brat, because how much money has he ever made on his own... zero!"

Lohan eventually arrived, entourage in tow, where she only had to whisper a few words to management before pulling Steve-O into the club.