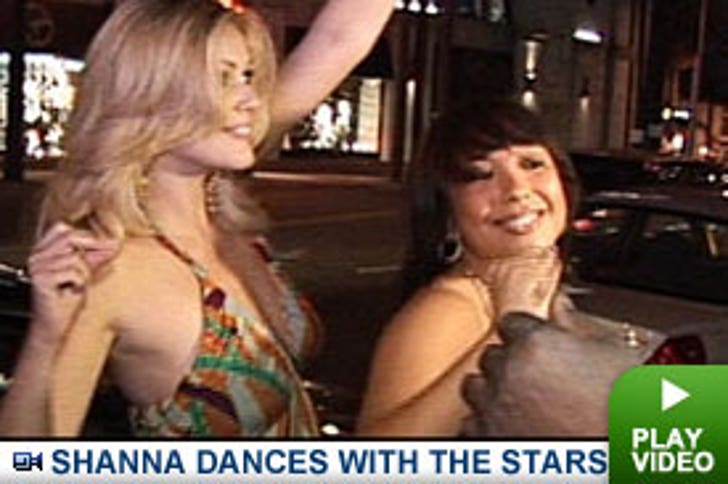 She's the midst of of Hollywood's most recent nasty splits, but Shanna Moakler won't let drama with Travis Barker keep her from hitting the party scene. We caught up with the former Miss USA practicing for her debut on "Dancing With the Stars" last night at celebrity hotspot Hyde, where she busted out an impromptu booty shaking exhibition with last year's champ Cheryl Burke.

Shanna's big night out comes fresh off the heels of a war of the words between her and the Blink 182 drummer. Just days ago, Travis posted a scathing message on his MySpace page, claiming Shanna's alleged partying habits helped lead to the rapid deterioration of their marriage.