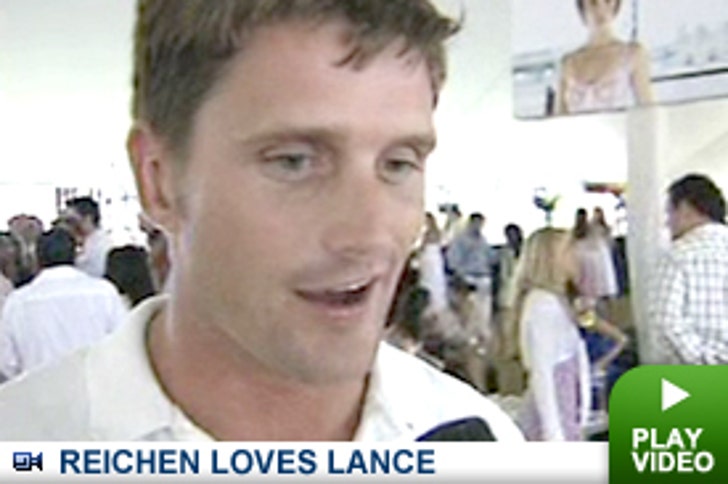 Newly out and proud former *NSYNC singer Lance Bass revealed to Us Weekly that he recently enjoyed his first real date with his boyfriend Reichen Lehmkuhl. "He took me out to a really nice dinner the other night at the Hotel Bel-Air," said Bass.

On Saturday, Lance and Reichen enjoyed another date, albeit a less romantic one, at the Mercedes-Benz Polo Challenge in the Hamptons. And Reichen had nothing but nice things to say about Bass. Reichen gushed "I have the most beautiful boyfriend in the world."

Reichen, a former captain in the Air Force and winner of CBS' "Amazing Race," also has a new book coming out entitled "Here's What We'll Say," which deals with his experiences as a gay man in the U.S. military.

Now that the not-so-ambiguously-gay duo has gone public with their relationship, they can look forward to many more romantic nights on the town. And fret not because here at TMZ we will ask and we will tell!