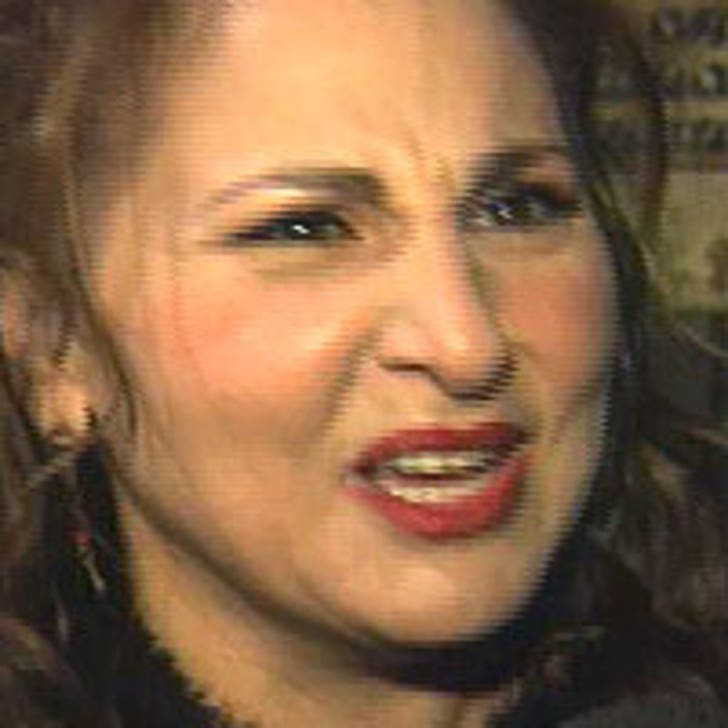 The former "Veronica's Closet" star is upset with "dangerous" comments made by Heidi Klum and Tim Gunn on last week's episode pertaining to plus-size women.

Najimy, who over the years has lost 160 lbs, sent a passionate e-mail to Bravo exec Andy Cohen, who is a friend of Kathy's, outlining her grievances with the episode, which Cohen has since posted on his blog.

Kathy took particular issue with Gunn calling one of the runway models "zaftig" (pleasantly plump) and Heidi's comment that an outfit made a model look plus-size, which Najimy believes implied that plus-size was "the ultimate of horrors."

In the e-mail Najimy points out how these comments, along with societal pressure to be thin, are particularly harmful to the body images of young girls.

Najimy adds "And I especially hope that Heidi Klum's beautiful daughter never has to grow up in the self-hatred and self-mutilation that occurs when girls and women are suffocated by irresponsible, dangerous comments like the ones Heidi made..."

On his blog, Cohen came to Klum's defense by saying "Heidi cares a lot about little girls watching the show and about the image that we project."

Last night's episode lightly touched on the topic by having the contestants design everyday outfits for "everyday women" and featured the designers' own mothers and sisters as models.

While Kathy may not be watching anymore episodes, by the looks of "Project Runway's" plus-size ratings this year, it looks like everybody else sure is!