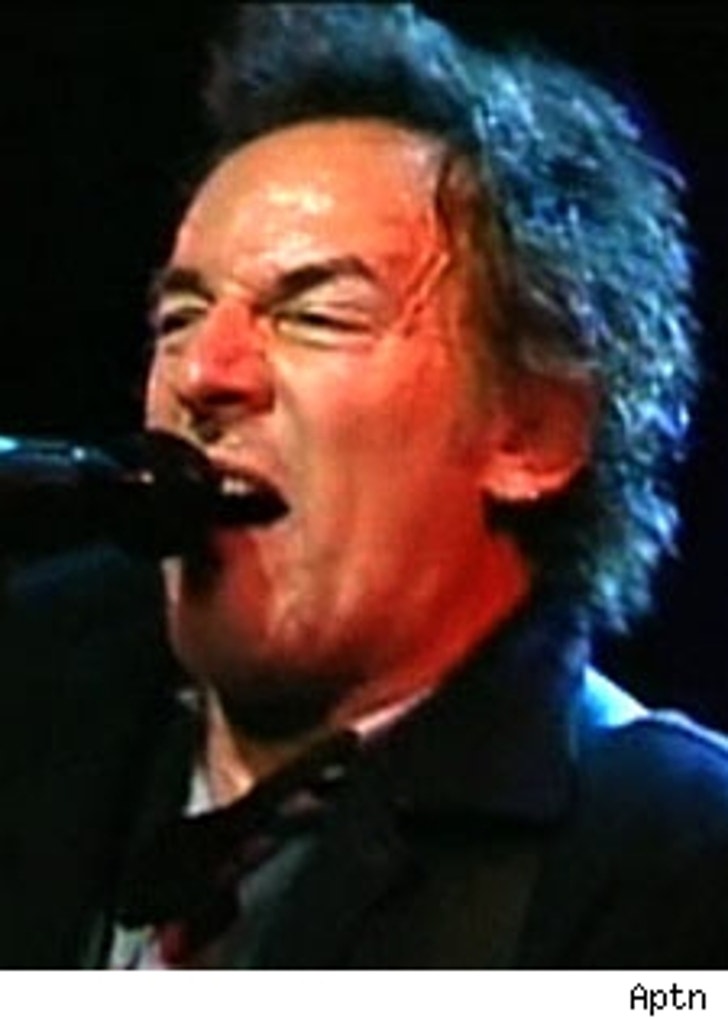 The alleged problem is Bruce's blossoming friendship with a stunning 9/11 widow the Boss met when he organized the "America: A Tribute to Heroes" telethon. The two have been spotted several times at the Beacon Hill Beach Club and the Stone Pony, the Asbury Park watering hole made famous in "Glory Days."

The Post quotes several "friends" of Springsteen who can't seem to decide on whether the couple is on the rocks or not. One friend says "They're separated, but everyone has been sworn to secrecy," while another friend states "He's just a really big flirt. There's nothing going on. Bruce and Patti are very much partners. They go at it a lot and fight, but they also work at it a lot... Patti is a strong woman. They are not going anywhere." Confused yet? So are we.