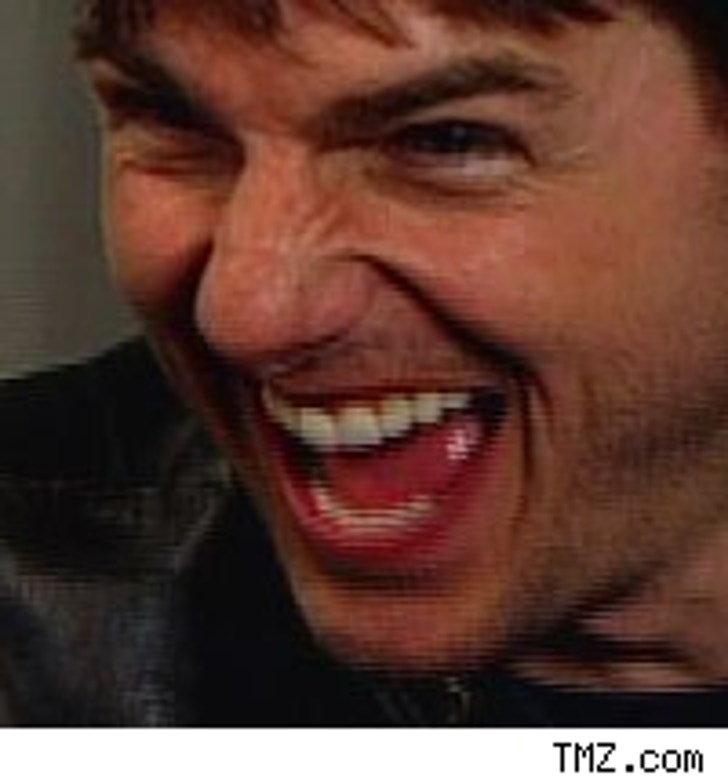 A week after Sumner Redstone made headlines around the world by declaring Tom Cruise persona non-grata at Paramount Pictures, the world's biggest and strangest star has a new investor.

In an announcement released this afternoon, C/W Prods. will be backed by a trio of investors including Washington Redskins owner Daniel M. Snyder, Six Flags CEO Mark Shapiro, and Dwight Schar of NVR, Inc., a residential construction and mortgage banking concern.

The company, to be called First and Goal, LLC, will "...invest in Cruise/Wagner Productions, providing development and overhead financing in this two year deal with the option to renew [for the] long-term..."

After 14 years at Paramount, Redstone stunned Hollywood with a public fatwah against Cruise, whom he accused of committing "creative suicide" with his controversial behavior in the Wall Street Journal. Cruise's reps insisted that they were already busy at work on a new, better deal.

Insiders familiar with the previous Paramount arrangement said Cruise's company had previously enjoyed a $4 million in overhead and a $6 million discretionary fund to acquire scripts, books and life rights. Terms of the First and Goal deal were not disclosed, but a spokesman for Cruise's company called the $10 million figure first reported by the Wall Street Journal "wrong" and "high," without elaborating.

Is this new deal a better one? No one can say for sure, and Cruise's reps declined to comment on the new pact.

However, the announcement goes to great lengths to shore up Cruise's position that discussion had been proceeding apace for over two weeks, and in any event long before the blow-up with Redstone.

"When we began discussing this idea in mid-August we immediately recognized the potential for partnering with Cruise/Wagner, and with Cruise himself, whose success as an actor across all genres is incomparable," said Shapiro, in a prepared statement, "Cruise/Wagner Productions has an existing infrastructure in place, an appealing track record, and the most bankable movie star in the world as a partner in the company."

Shapiro's quote seems to contradict information supplied last week by Cruise's long-time attorney, Bert Fields, who on August 23 told the New York Times, "'I don't think Tom has raised $100 million in a hedge fund,' he said. 'And I know nothing about any such thing. I think that's just talk."

According to the statement, the new venture "will allow Cruise/Wagner to work with any distributor."

Any distributor, presumably, except Paramount - a studio that insiders tell TMZ will not be on Cruise's dance card ever again.