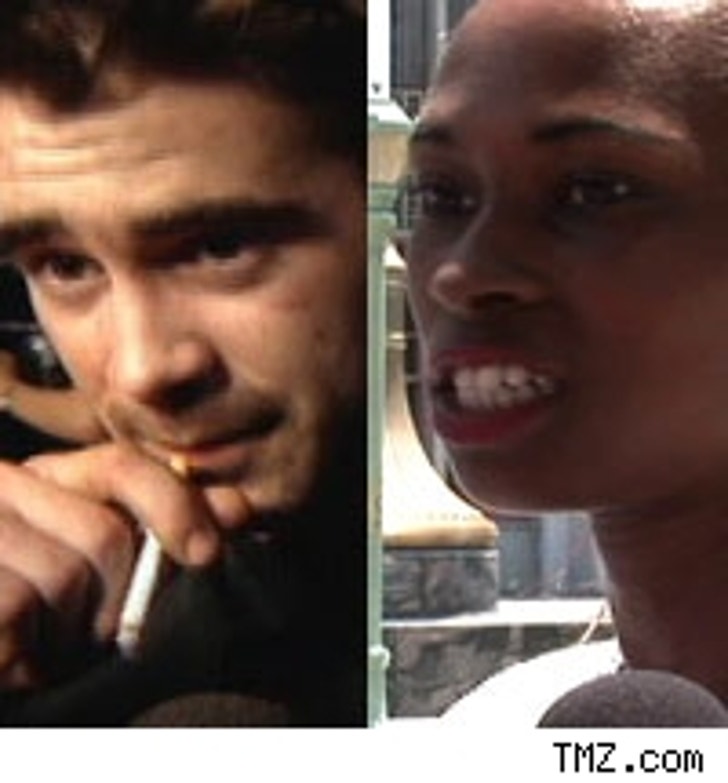 It might not have the tried-and-true ring of "the dog ate my homework," but Dessarae Bradford -- Colin Farrell's alleged "accoster" -- says she ran out of gas on her way to court and missed her hearing for a restraining order request filed by Farrell Monday morning.

TMZ has obtained the three-page handwritten "motion to set aside" that Bradford submitted to the Santa Monica courthouse, and it tells of a rather heart-wrenching ordeal. First of all, Bradford says her car "shut off in the middle of Venice Blvd [sic] in the center lane." After flagging down a couple of good Samaritans who informed her that she had run out of gas, Bradford, "with tears streaming down my face by that point," walked a mile and a half to a gas station, gas can in hand, and was able to get some fuel for the car.

Bradford then details a struggle to get through to the courthouse, first calling through the 311 non-emergency hotline from a payphone and then, finally, getting through to Judge John H. Reid's clerk, who informed her that the restraining order had already been granted to Farrell.

Dessarae also tells the court that though she can't afford representation, she was "fully prepared to aruge [sic]" her case and show that the restraining order -- which specifies that Bradford has to stay 150 yards away from Farrell, his car, his home, and his workplace -- isn't necessary. The court evidently bought Bradford's tale of automotive woe, and has now set a new hearing date for Sept. 25th at 8:30 a.m. for a motion to set aside the restraining order against Bradford.