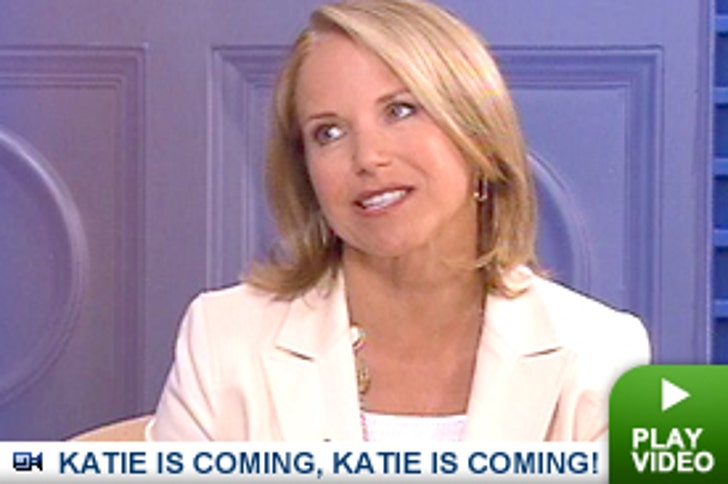 September 5 is getting closer and closer and no one is looking forward to Katie Couric taking the helm of the CBS Evening News more than Katie herself.

Katie has spent her summer traveling the country to raise money for cancer awareness and meeting future CBS news fans face-to-face. "I think face-to-face conversations with people and really getting a sense of where they are and their likes and dislikes, their frustrations, is invaluable."

And while Katie's first day will be eventful, her second day on the job will be even more exciting. CBS News announced Monday that Katie is set to talk with President Bush at the White House for her first CBS News primetime special, "Five Years Later-How Safe Are We?," airing September 6 at 10PM ET/PT, capping off a day of 9/11 fifth-anniversary programming.

As for her other plans for the show, Katie says, "Maybe doing more headlines and fewer 1:30 pieces, so we can dig a little deeper into the story of the day and answer questions that viewers might have."