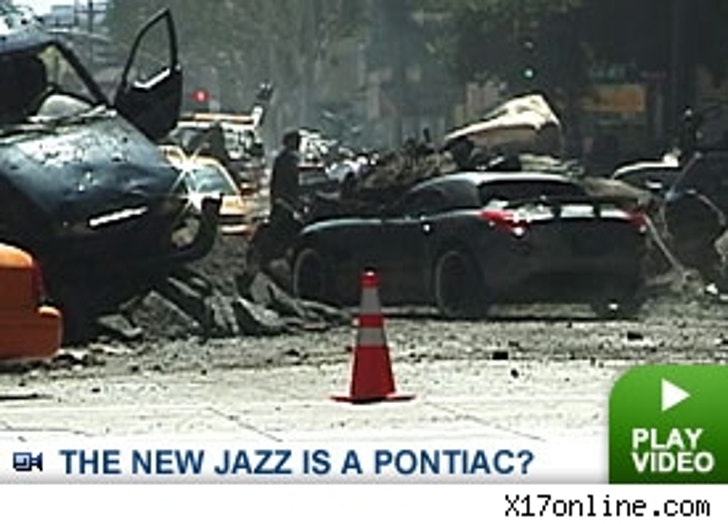 TMZ has obtained video from the set of the new Transformers film, including shots of two Autobots in action!

The two "robots in disguise" zipped through a closed Los Angeles street filled with a ton of overturned cars and rubble, as signs warning of "gunfire, managed explosion and smoke" continued to flash.

One car, a silver Pontiac Solstice, is rumored to be Jazz, a character "played" by a Porsche in the animated series. The other vehicle, a souped-up Hummer, is said to be Ratchet, who was "played" by an ambulance in the original series. It should be remembered that the Autobots are the protagonists of the Transformer universe with the evil Decepticons as their enemies.

The new film finds the dueling alien races bringing their battle to Earth, with the likes of Josh Duhamel, Shia LaBeouf, Tyrese Gibson and Jon Voight caught in the middle.