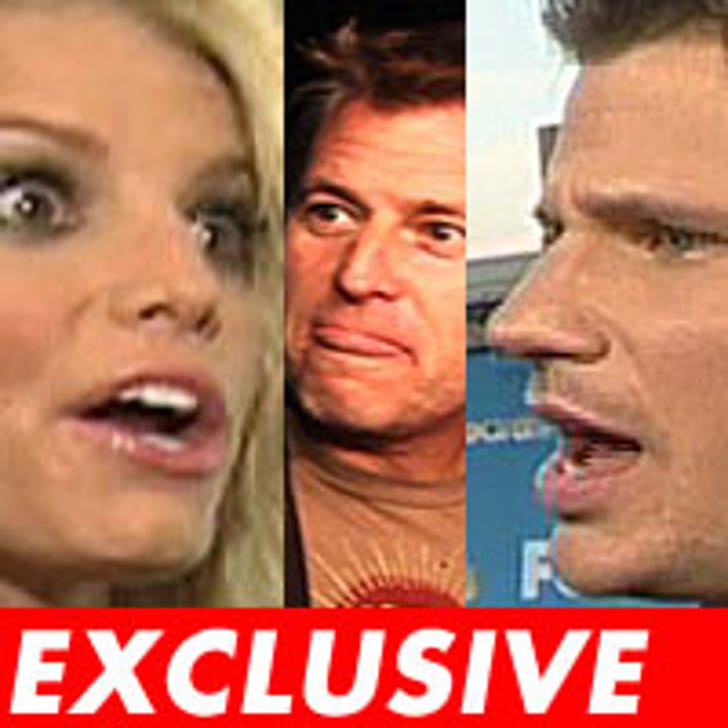 TMZ has learned that Jessica Simpson and Nick Lachey have divided up the assets in their marriage, and Nick agreed to less than his share in order to avoid an ugly court fight.

The couple amassed a fortune during their three-year marriage, in no small part because of their MTV reality show "Newlyweds" and the avalanche of endorsements and other deals that followed. Jessica refused to sign a prenuptial agreement, so under California law the assets -- estimated at $36 million -- are to be divided equally. So Jessica and Nick should each get $18.

Nick will take significantly more than the $1.5 million, but considerably less than 50%

As TMZ first reported, Jessica (we're told at the behest of her dad, Joe Simpson) offered Nick a relatively measly $1.5 million to walk away from the marriage. Sources say Joe Simpson believed Nick didn't have the stomach to put up a fight over money. Nevertheless, Nick rejected the offer and the former sweethearts decided to make their divorce final and try to hammer out a property settlement.

Sources say in the property settlement -- which has not yet been filed in court -- Nick will take significantly more than the $1.5 million, but considerably less than 50% of what he and Jessica earned during the marriage. Two sources in Nick's camp made it clear to TMZ that Lachey agreed to end the dispute because he does not want to hurt anyone in a contentious court battle.

Ironically last week, a reporter on a red carpet relayed a message from Joe and Jessica Simpson to Nick: "They love you. You're still part of the family." Nick blanched and said "Well, good, that's nice to hear...." The reporter persisted "...Jessica will always love you." Nick's classic reply: "Okay, then!"