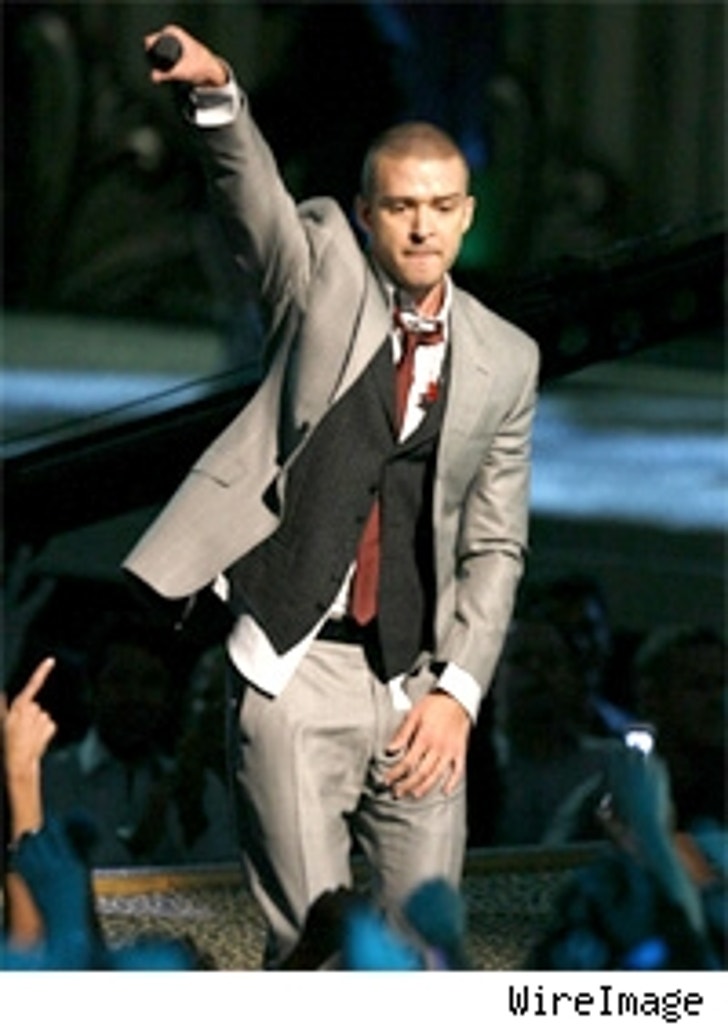 Justin Timberlake may have brought sexy back to the Video Music Awards, but, unfortunately for MTV, he didn't bring the viewers back.

According to preliminary data from Nielsen Media Research, this year's VMA telecast pulled in an average of 5.77 million total viewers over the course of three hours, down 28% from the 8 million viewers last year. Just two years ago, the show brought in nearly double the audience -- 10.3 million viewers.

It's not all bad news for MTV. The net's broadband video channel, Overdrive, saw user traffic for the awards up 200% from last year with a total of 3.9 million video streams -- not too far off from the number of viewers the actual show took in. The site was packed with performance videos, behind-the-scenes clips, backstage interviews and red carpet fashions.