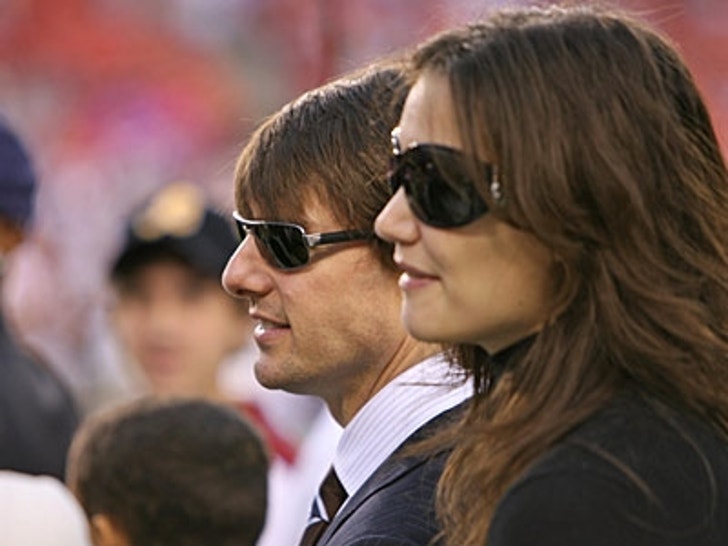 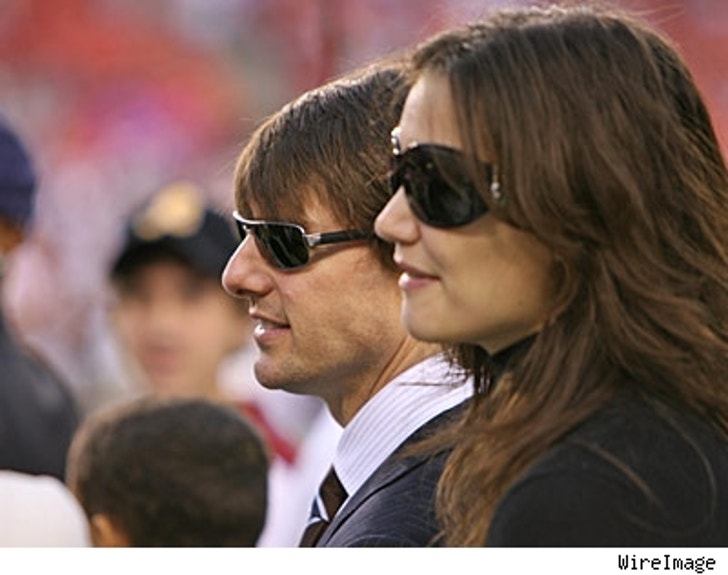 The actor, accompanied by Katie Holmes, was spotted by cameras (not infrequently) hanging out in new benefactor Daniel Snyder's box at FedEx Field (Snyder owns the Redskins), as well as backslapping it up with "Collateral" co-star Jamie Foxx before the game. (Foxx, for his part, spent some time in the booth with the shiny new ESPN broadcast team.) 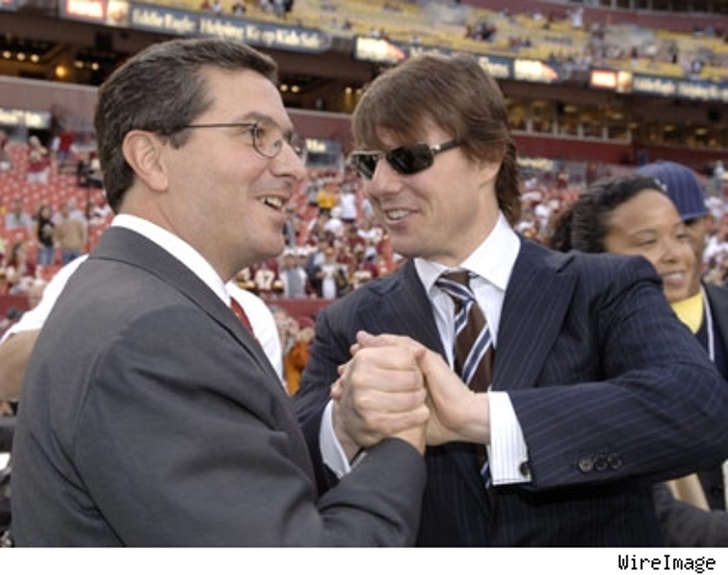 The scene was oddly reminiscent of 1996's "Jerry Maguire," in which Cruise plays a sports agent and watches his client Cuba Gooding, Jr. on-the-field and from the skyboxes. Cruise, an avowed fan of many sports, appeared to be following last night's game with that look of studied attention that only Tom Cruise can muster. 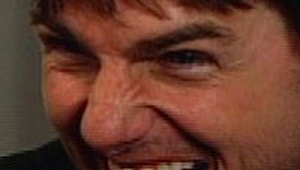 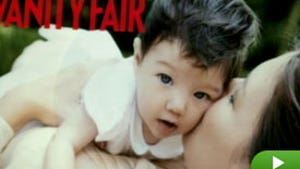