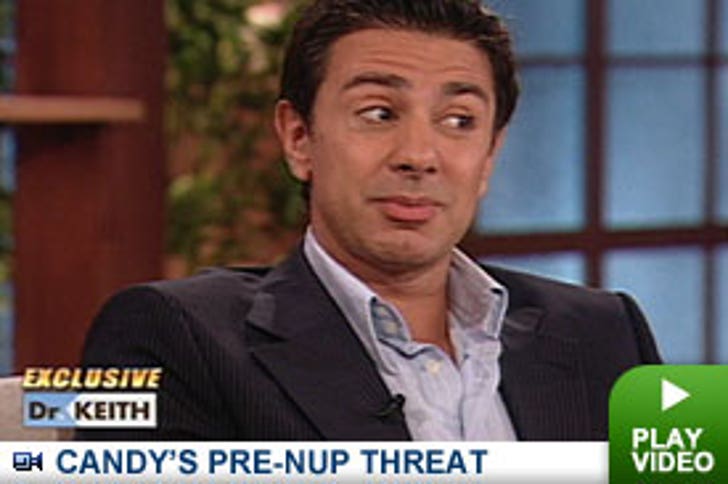 Being married to Tori Spelling comes with many perks, one of them being privy to intimate details about the Spelling household.

Charlie Shanian, the first Mr. Tori Spelling, is breaking his silence to "The Dr. Keith Ablow Show" and opening up about his high profile marriage and his ex-wife's relationship with her parents, Aaron and Candy Spelling.

Charlie reveals to the syndicated talk show that Candy told him if he didn't sign the pre-nuptial agreement the invitations to the wedding would not go out in the mail.

Shanian admits the bad blood between Tori and Candy existed even prior to their wedding in 2004. Charlie claims that after asking the Spellings for their blessing to marry Tori, Candy and Aaron proceeded to tell him what a terrible daughter she was. "They said how selfish she was and how she needed therapy really badly and she was just horrible to her parents."

Shanian also claims Aaron would tell Tori "I love you best, even more than mommy," which would pit Candy and Tori against each other in a competition for Aaron's affection.

Since Aaron's death in June, Candy and Tori have been involved in a nasty inheritance battle.