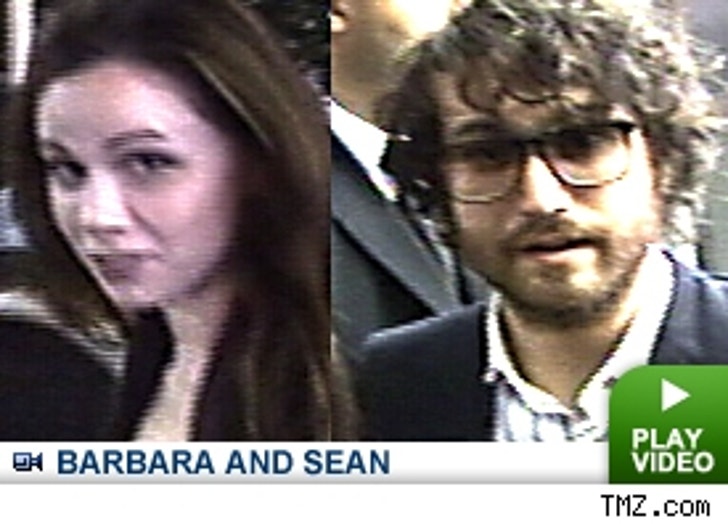 We mean Sean Lennon and first daughter Barbara Bush -- and they weren't so much hanging out as coming out of the Calvin Klein event moments apart. Still -- that's one bi-partisan invite list.

Also spotted were Mischa Barton, Liev Schreiber & Naomi Watts and Michelle Trachtenberg, but somehow we can't get over seeing those two famous heirs in the same place.

Which one has the most to live up to? Son of legendary peacenik John Lennon or daughter of pro-military president George W. Bush? Now that "Death of a President" has premiered, do they both have assassination nightmares?

We hope they spent the whole evening brokering a truce between the red and blue states, but we aren't counting on it.