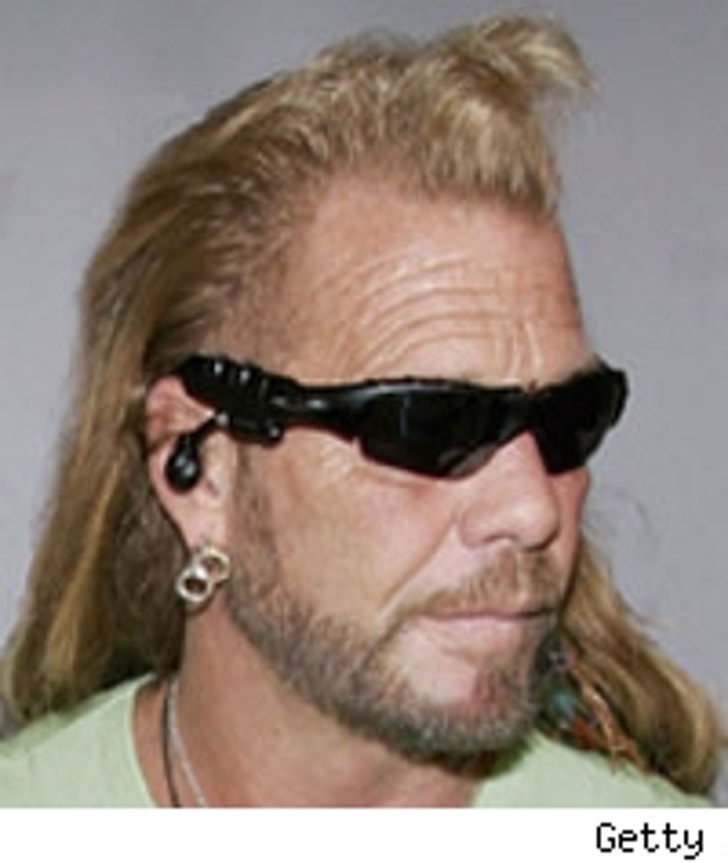 A petition has been created online to support Duane "The Dog" Chapman, as a plea to set him free. The petition asks both the U.S. and Mexican governments to drop all warrants and charges against Dog, Leland (his son), and Tim Chapman (no relation).

Dog was arrested September 14
by U.S. Marshals on a request from the Mexican government. The request stems from Dog's 2003 apprehension of Max Factor heir and fugitive from justice Andrew Luster in Mexico. Luster jumped his $1 million bail while on trial for drugging and raping several women in Southern California, attacks Luster also videotaped. Dog chased Luster to Puerta Vallarta where he arrested him and brought him back to the U.S. The only problem-- bounty hunting is illegal in Mexico and Dog and his co-horts were thrown in the slammer. They were eventually released, but the Mexican government has charged Dog and his associates with kidnapping and want him back down south to face those charges.

Dog was released Friday on $300,000 bail after spending a night in federal lockup. Leland and Tim were both released on $100,000 bail.

To: USA and Mexican Governments

We, the friends and fans of Duane "Dog, the Bounty Hunter" Chapman, son Leland Chapman and associate Tim Chapman, call for the US and Mexican Governments to drops all warrants and charges against this man who does so much to improve our society and rid the streets of criminals.

Dog Chapman and family captured a very dangerous escaped rapist that was on the run, something that neither the US or Mexican officials could do. Dog Chapman, Leland Chapman and Tim Chapman, are the good guys who help our society everyday. We request and demand their freedom.