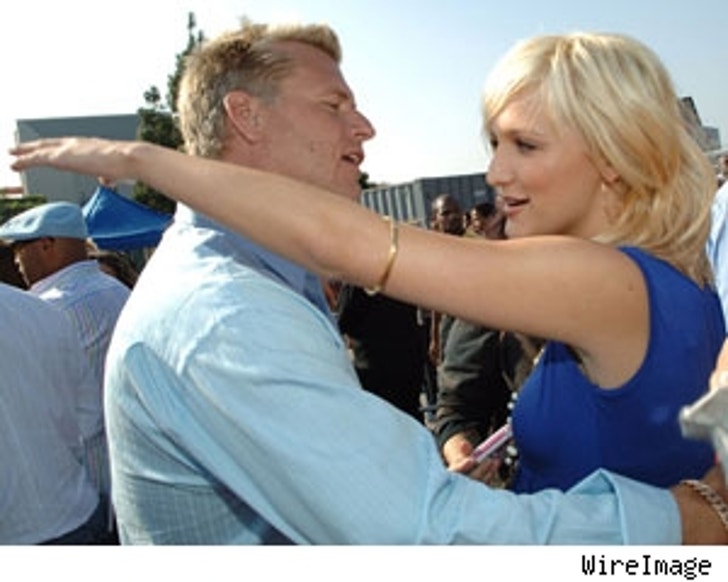 Joe Simpson is a husband, father, manager and now...paparazzo.

Radaronline.com
reports that the former minister turned svengali has developed a very close relationship with the popular photo agency WireImage in exchange for special access to his daughters Jessica and Ashlee.

While celebs granting exclusives to certain photo agencies is nothing new, Simpson has taken it a step further by actually getting behind the lens himself.

Simpson has been accused of photographing his daughters on the red carpet, while simultaneously blocking the shots of other photogs. Joe is said to only approve photos he's taken, which are then distributed via Wire Image.

Obviously, this is ticking off other photographers who claim Joe has tried to bar other agencies from covering Jess and Ashlee's press events.

It seems ironic that Joe would limit media coverage of his daughters, since he is routinely criticized for pimping them out any chance he gets.

And considering the recent round of negative press surrounding the Simpson sisters, they could use any favorable picture they can get. And a publicist!

TMZ contacted a rep for WireImage who had no comment.