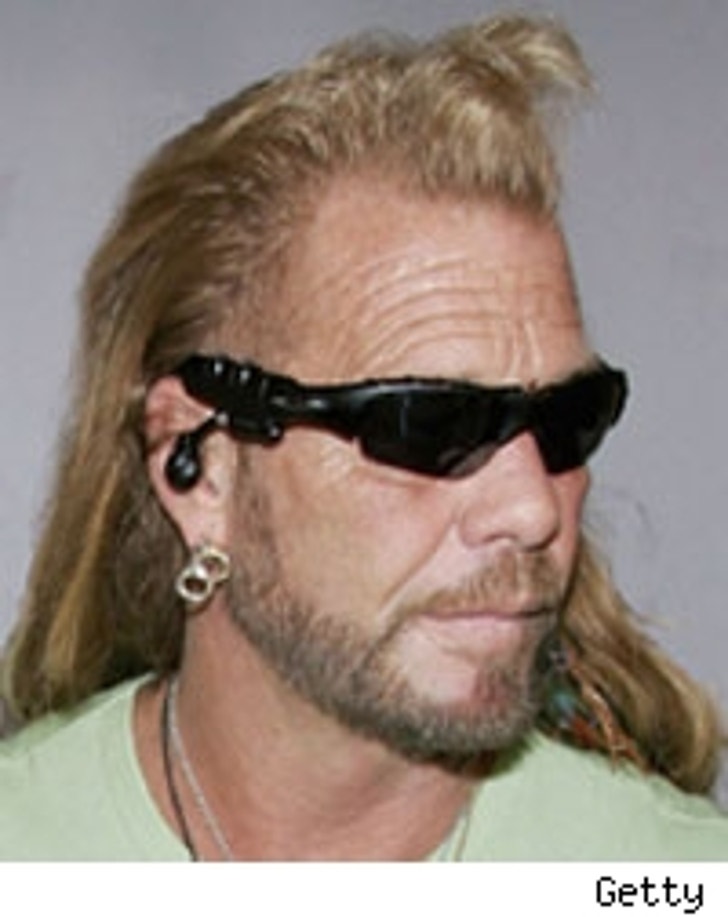 Duane Dog Chapman- bounty hunter, reality star and all 'round bad ass- says he will apologize to Mexico in hopes of avoiding being sent back to face illegal detention charges.

The star of the A&E reality show "Dog the Bounty Hunter," his son Leland and Tim Chapman (say it with us- no relation) were arrested last week on charges stemming from their apprehension of convicted rapist Andrew Luster in Mexico. The Mexican government wants to have the three returned to the country to face charges which could carry a prison term of up to four years.

Brook Hart, Chapman's attorney, has said a resolution might include an apology to Mexico, a fine, forfeiture of the bail he posted in the country and a charitable contribution. While all three are currently out on bond, we can only hope that Mexico will know a good deal when they see it.

So you know Dog, if it were us, you'd have us at hello!