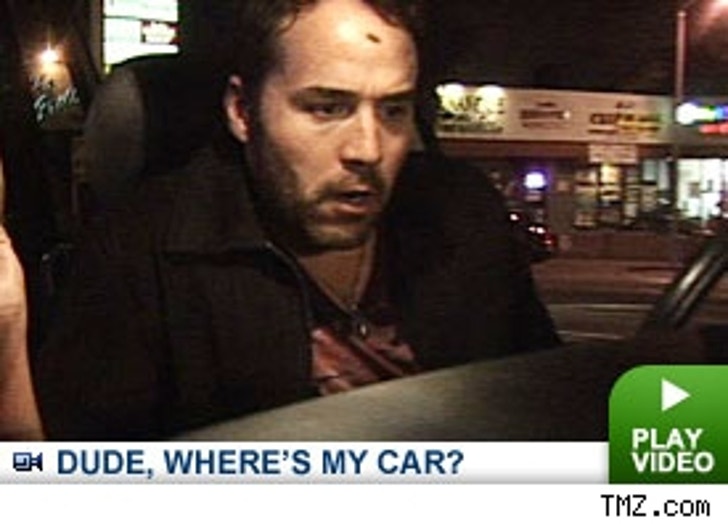 Jeremy Piven almost drove off in the wrong Range Rover after a night of partying at Hyde.

After posing for pictures with a security guard, the valet pulled up with a black Range Rover, which Piven and his lady friend proceeded to get into. The only problem -- Piven's Range Rover is silver!

After tipping the valet, the "Entourage" star quickly realizes he's in the wrong vehicle, shaking his head and saying to himself, "This is not my car." The owner of the Black SUV then ran over to Piven, jokingly saying, "You trying to steal my car? You guys, get in the back seat."

When Piven's Range Rover finally pulls up, driven by a different valet, he understandably refuses to tip, having already tipped one valet $20 for the wrong vehicle.

Before driving off, an onlooker yells to Piven, "We'll see you on TMZ!!" Looks like they were right!