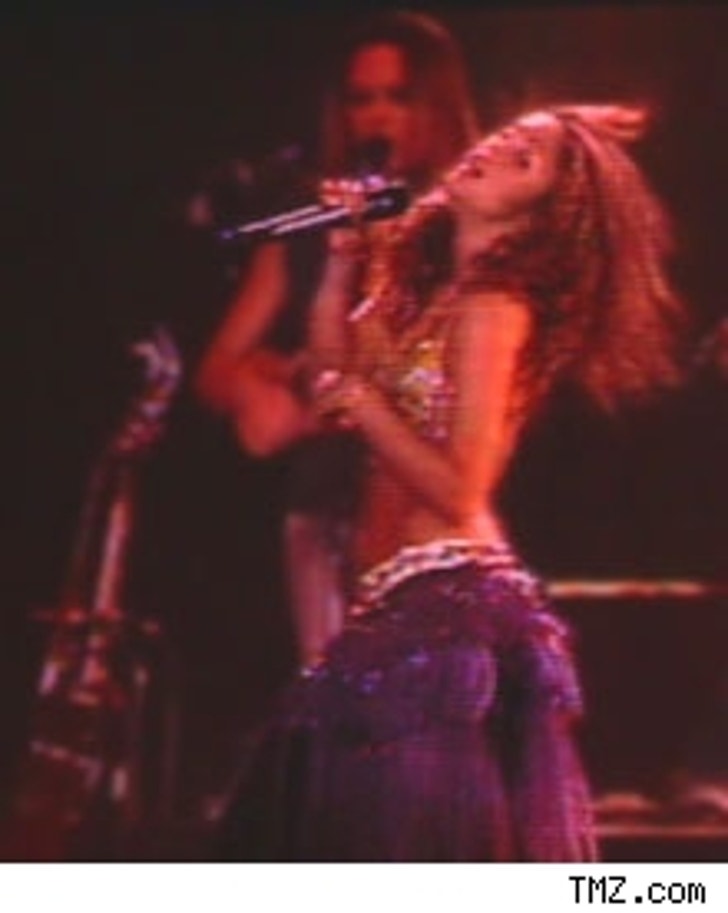 No one is safe from the cold shoulder of Shakira. A source tells TMZ that the pop princess skipped out on meet-and-greets scheduled months ago with fans and local radio personalities on her latest tour stop in McAllen, Tex. What's more, she demanded a full phalanx of protection literally surrounding her from dressing room to stage, preventing any contact with fans or staff, and asked the Dodge Arena to confiscate any cameras, which they did. (TMZ got this snap of the show from a cell phone.)

The Colombian-born songstress' budding-diva-behavior seems oddly off-key, particularly because McAllen's population is more than 80% Hispanic, and some of her most ardent fans are in the area, which borders Mexico, where Shakira is also hugely popular. In fact, fans were so desperate to get tickets for the sold-out shows that they have engaged in raw-egg-and-onion-eating contests for the chance to see her.

A member of the local media tells TMZ that reps for Epic Records, Shakira's label, told him that she declined the meet-and-greets and interviews because she needed to protect her voice -- except that the songstress has only one more show on her current tour until December. Reps for Shakira say that there were no official engagements that the singer was aware of or that she intentionally skipped, and a Dodge Arena spokesperson said that other artists have asked for the "no cameras" proviso.