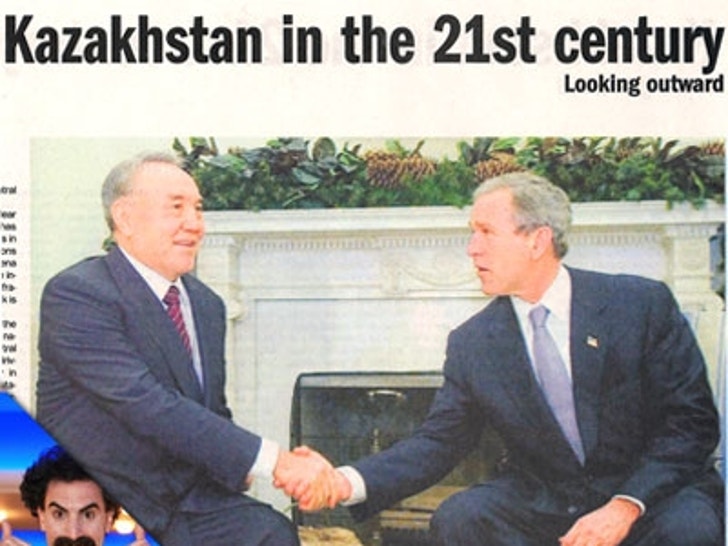 It might not be coming out until November, but the upcoming film "Borat: Cultural Learnings of America for Make Benefit Glorious Nation of Kazakhstan," starring Sacha Baron Cohen as a faux-Kazakh buffoon, is making Kazakhstan deeply nervous about its national image -- so much so that the country's government took out a pricey four-page full-color ad in the New York Times and the International Herald Tribune today. 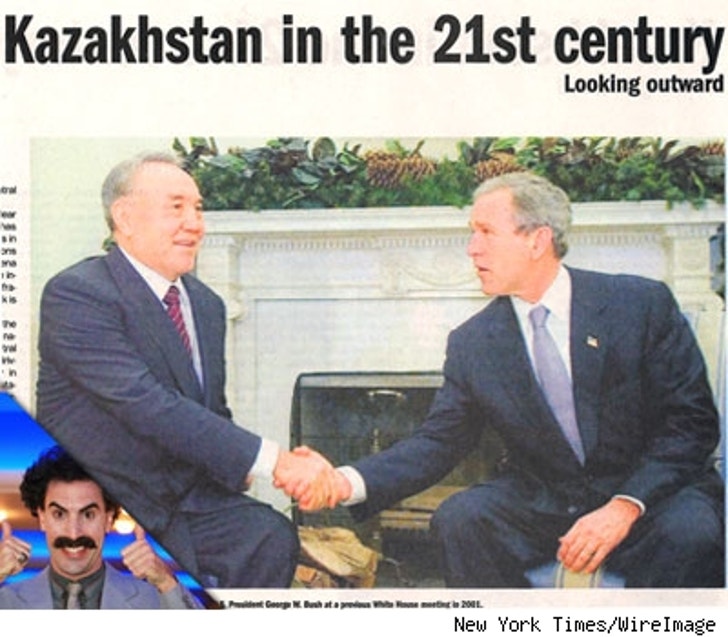 The special four-page insert entitled "Kazakhstan in the 21st Century" features a photo of the country's president Nursultan Nazarbayev on its front page shaking hands with President George W. Bush -- good timing, considering that Nazarbayev is scheduled to be at the White House this coming Friday. And the thirteen articles contained within propagandize broadly over such topics as "Transforming the mixed blessing of a nuclear legacy" and "Petroleum players seek their fortune in the City of London" (that's what it says, folks).The ad likely cost somewhere around $300,000 - $400,000 to run; Kazakhstan's per capita income was approximately $7,500, according to 2004 estimates.

But there's at least one piece that Borat might appreciate : "Combining business with pleasure in cosmopolitan Kazakhstan."