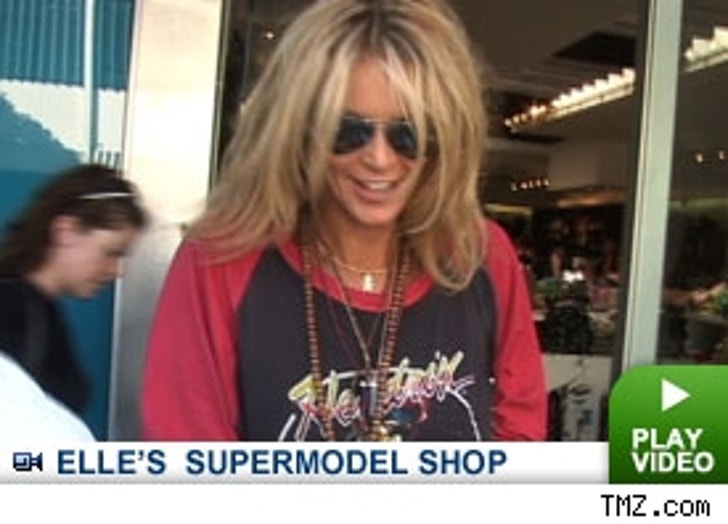 TMZ's Josh Levine and our crew were working overtime on Wednesday covering all the action that went down.

Our first stop was outside trendy shop stop Kitson where we ran into a couple of ladies that were doing a bit of shopping, including supermodel Elle Macpherson and "Idol" runner up Katharine McPhee.

From there it was off to one of our favorite lunch spots, M Cafe, where "Spider-man 3's" Kirsten Dunst and a friend had a quick bite to eat while soaking up the sun.

Next was Lobby for Diddy's album release party, and yes, you can believe what you hear, the man definitely knows how to throw a bash. We ran onto the hip hop mogul as he was exiting the packed night club surrounded by a huge entourage and autograph seekers.

The Queen of all Media Perez Hilton was, of course, holding court at the grand opening of new restaurant and club Minx, and so was "Kyle XY" star Matt Dallas.