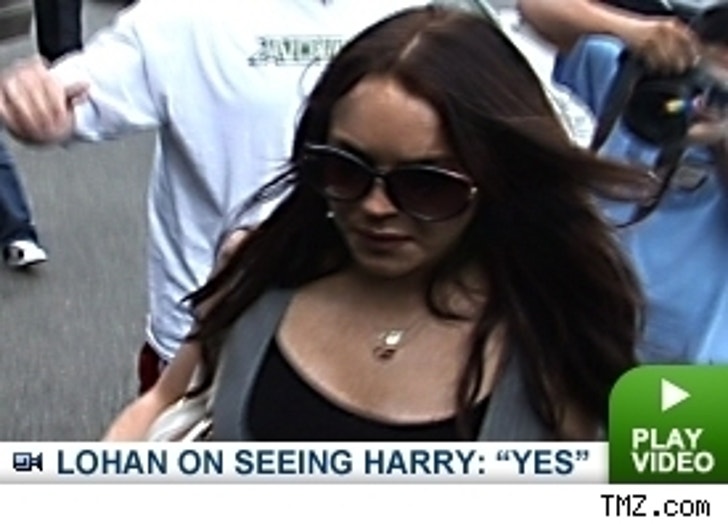 Lindsay Lohan confirmed to photographers that she is still dating Harry Morton just days after Harry told Extra that the two were "taking a little breather right now."

When asked "Lindsay, are you still seeing Harry?" the actress responded with a simple "Yes."

"You are?" asked the paparazzo. "Yes," said Lohan again.

A clear response, but it doesn't quite square with Harry's comment earlier this week that the two were "slowing things down." Someone here is putting a spin on the truth.

Lindsay was also asked about Paris Hilton's former boyfriend Stavros Niarchos, who she was spotted macking on over the weekend.

"You guys are just friends, right Lindsay?" said the photog.

All she did was say "yes" three times, but sometimes that's all it takes to get the gossip biz buzzing.