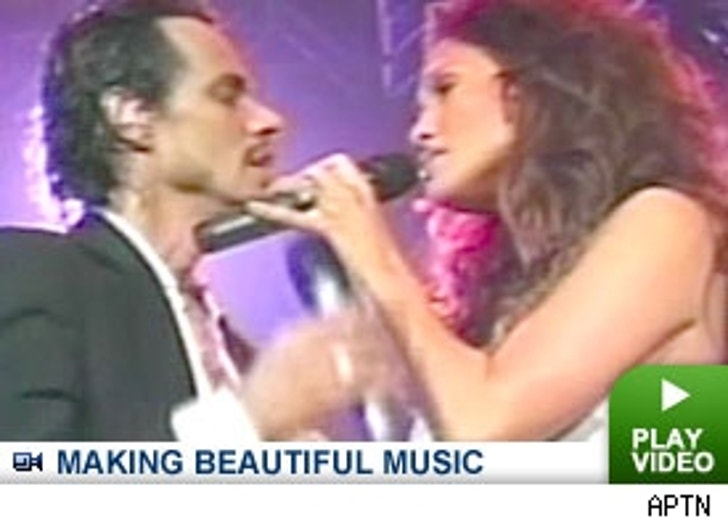 Marc Anthony and Jennifer Lopez had a bit of a homecoming in San Juan, Puerto Rico this weekend for the kickoff of Anthony's latest tour. The couple, both of Puerto Rican descent, have a new movie and a new album to be released in the coming months.

"Como Ama Una Mujer," which will be released in early 2007, is Lopez's first Spanish-language album. The duo is also promoting their new movie, "El Cantante," a biopic about the troubled but brilliant Puerto Rican performer Hector Lavoe. Anthony credited his wife with the idea for the film, in which they star opposite one another.

"We met working," Lopez explains. "We know how to be in that professional manner together because that's how we first met."

While Anthony says of their work relationship, "On stage together is the only time I get to be the boss!"