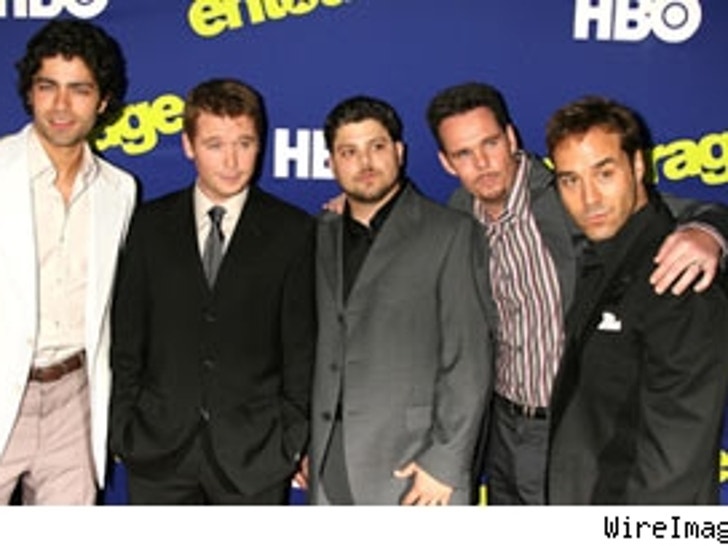 HBO's "Entourage" was just renewed for a fourth season, gave Jeremy Piven an Emmy and enjoyed its highest ratings this past summer, but it almost never happened. 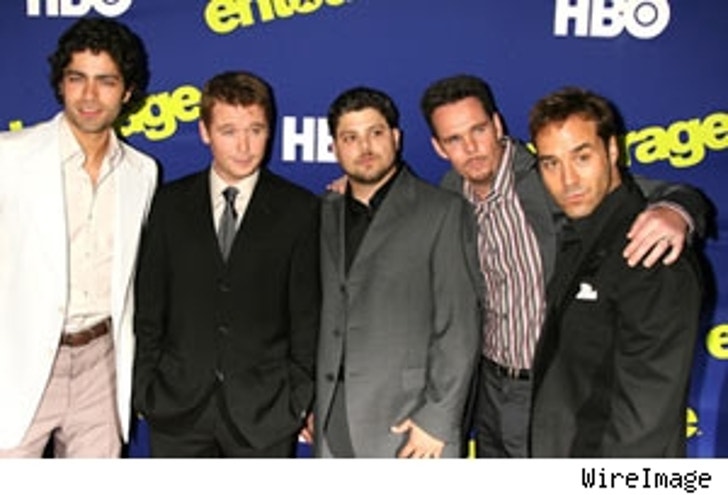 Although HBO loved the idea for the show, the network passed after reading the initial script for the pilot.

In its original incarnation, the tone of the show was different from the "Entourage" we've come to know and love.

Vince Chase and his boys from Queens
were not the cool, confident guys they are now and displayed a darker, more neurotic, cynical point of view to the Hollywood life.

The script still exposed the excesses of the celebrity world, but the approach was more sarcastic and self-deprecating in a "Curb Your Enthusiasm" sort of way.

While unhappy with the early version of the show, the only note HBO gave the creators was that they would know what they wanted when they saw it. Great.

Luckily, a second script was written with a lighter tone, which HBO loved. The show went right into production and the rest as they say is history.

Looks like all parties involved, to quote Ari Gold, were able to "hug it out!"