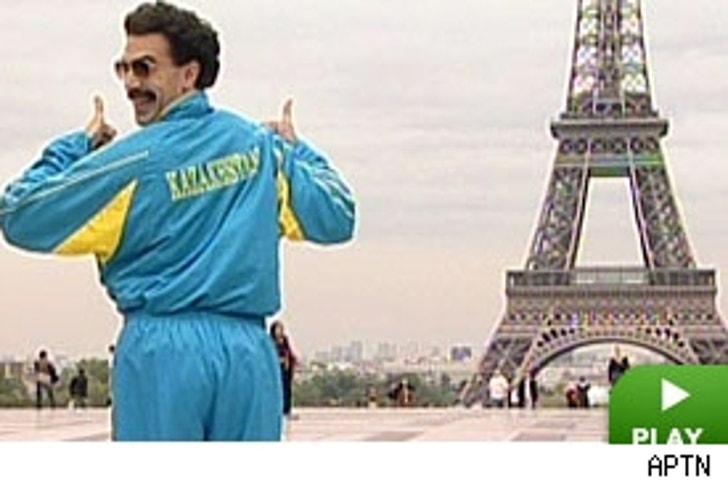 When a press conference starts with the words, "Good afternoon gentlemen and prostitutes. How much? I have dollars," it's sure to be a good time.

Having just toured America, the fictional TV reporter told the press, "We in Kazakhstan admire very much Premier Bush. He is very wise man but not only this, he is very strong," said Borat adding, "Although perhaps not as strong as his father, Barbara. Tough guy. Like John Waynes."

The character has been butting heads with Kazakhstan's President Nursultan Nazarbayev and causing criticism with his racist and sexist remarks -- more of which he made today.

"My best memories is the very nice peoples I meet but also some of the shocking things I see in America," says Borat, "For example, womens is allowed, in America, to drive a car. It is crazy. We say in my country to let a woman drive a car is like to let a monkey fly a plane. Very dangerous, yes?"

With another month until the film opens, let's hope for more press conferences to come.