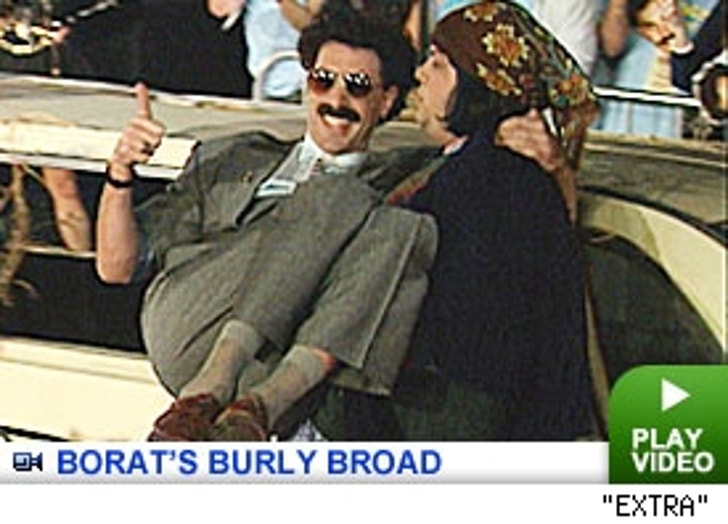 Break out the horse urine, it's a celebration of all things Borat.

The "journalist" from Kazakhstan played by Sacha Baron Cohen transformed the red carpet premiere of his new film into a scene from his home country yesterday -- complete with a parade of hookers, peasants and a horse drawn stationwagon.

After being carried to a stage by a "woman" who resembled a linebacker with a five o'clock shadow, Borat greeted the crowd on Hollywood Blvd. with "Good evening gentlemen and prostitutes."

As "Borat: Cultural Learnings of America for Make Benefit Glorious Nation of Kazakhstan" gets ready to open across the country next week, Borat says he's expecting big things from the film. "["Borat"] will take top spot from you Hollywood movie King Kong, which has been number one movie ever since it was released ... in 1932."

Borat and his Kazakhstani choir also treated the crowd to a rousing rendition of his country's national anthem -- though we're pretty sure the official version doesn't include the verse, "Kazakhstan is the greatest country in the world, all other countries are run by little girls."