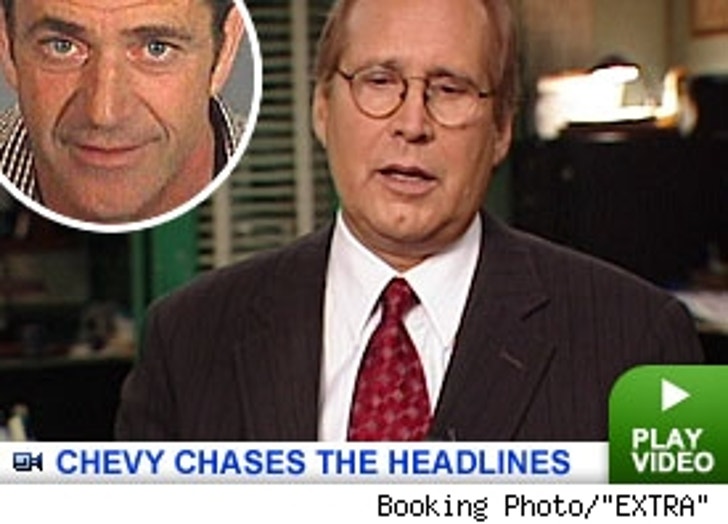 Mel Gibson's infamous drunken tirade will be re-enacted on primetime -- by Chevy Chase.

In next week's episode of "Law & Order", the comedian plays a TV actor who is pulled over for drunk driving, and just like Mel, the character's anti-Semitic side is exposed after his arrest.

"I'm obviously somewhat ripped from the headlines. My character is clearly a bigot against the Jewish community" says Chase, "I've never said 'Jew' so much in my life, 'Jew cop,' 'Jew' this, 'Jew' that. That's the way it's come out, it's clearly related somewhat to the headlines."

The tirade is clearly inspired by Gibson's anti-Semitic rant during his DUI arrest in August, when he spouted off comments like, "the Jews are responsible for all the wars in the world."

This, of course, isn't the first time the show has skewered a celeb -- this season's premiere featured a "young pop princess who has a reputation for being careless with her baby." Sound familiar?