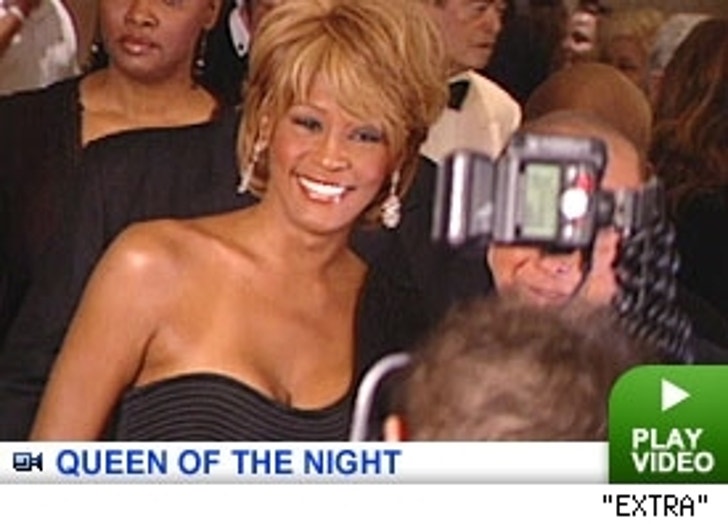 In the midst of a split from hubby Bobby Brown, all eyes were on the pop diva as she stepped back into the spotlight on Sunday night. Houston was stunning in Armani as she walked the Carousel of Hope pink carpet arm-in-arm with music mogul Clive Davis.

This was Whitney's first night in the public eye since she filed for divorce in September, while her estranged hubby has been spotted out in LA with a number of different women.

Though Whitney didn't stop to talk to press, Clive let it slip that they're working on her comeback album and are currently looking for material.